How Did I Get Into the Rehearsal Space Business? 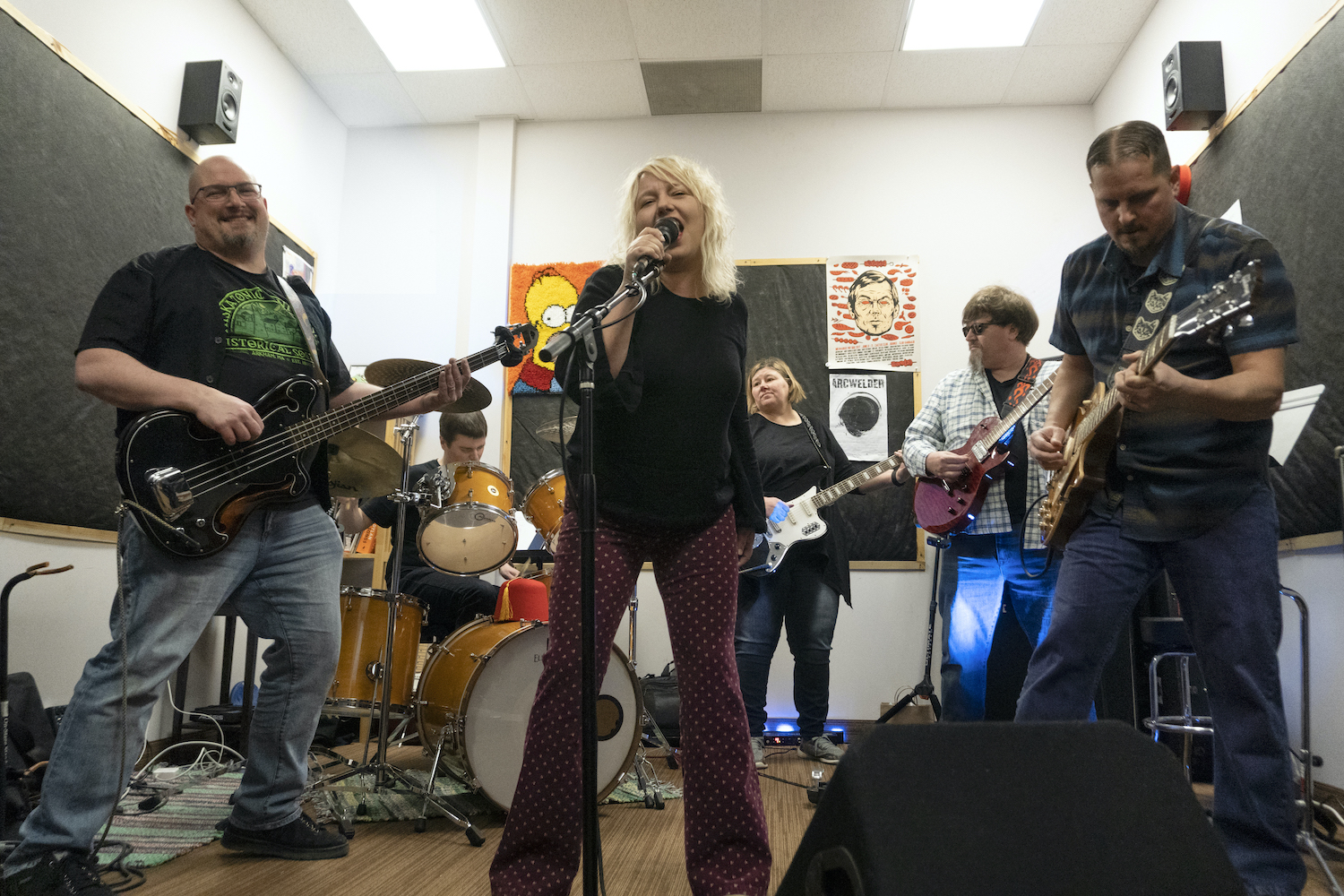 When I was in my early twenties, I decided I wanted to be a musician. I met my musical partner every day at our rehearsal space in Saint Paul at 7 pm and we practiced. Eventually, I bought a four-track cassette recorder, then an eight-track and a few rack units. Soon, I was recording demos for my own bands. We used our dumpy practice spot for everything. We didn’t have the money to rent a high priced studio. We just wanted to constantly create and record music. Our rehearsal space was our life.

Eventually, some bands got wind that I had some recording equipment and asked if I would record their bands. Of course, I obliged, as long they could pay me three dollars per hour. Soon I had a few recordings under my belt and I was offered an opportunity to build out a small demo room in an already established Uptown studio called Mirror Image.

I spent the next six months building out some soundproof walls. We built a nice desk. We acquired a few nice pieces of gear and we had a little mixing suite. We used it for everything though. We recorded vocals in there. We made beats. We would even track guitar amps in the lobby. Every day I learned something new. I learned the art of recording and I learned the art of transacting business.

Soon I had outgrown the little suite. I had some clients that would follow me to a new place. I was in a different place in my life. I decided to stop smoking weed and drinking. I decided to get serious about everything. I knew a guy who wanted to help me with my business. He had a little extra dough and was thinking about investing in me.

I met with him and he asked me how many paying clients I had at the time. I told him and it soon became apparent that leasing new space and risking the cost of a buildout just for recording purposes was not economically feasible. But, then I told him that I could combine it with my practice space. I could have the bands that practice in my space, kick in for rent.

That’s when the light bulb went on. If I took half of the leased space (or more) and turned it into rehearsal space, I could cover my monthly nut (and then some). I could focus my attention on recording once I had all my rehearsal spaces filled.

That’s exactly what happened when I leased about twenty-five hundred square feet of office/warehouse near Stadium Village in Minneapolis.

Back then the only way to advertise was the City Pages. I took out a little classified in the back of the magazine and my phone didn’t stop ringing for months. I filled my rehearsal spaces immediately. I could have filled three times as many rooms.

I signed a five-year contract at that building and less than two years into the contract, they informed me that I would have to vacate the building. I was able to negotiate a settlement with them that gave me a little leg up when bought a building on the north side of Minneapolis.

In the year 2000, at the age of twenty-nine, I was the proud owner of a fifteen thousand square foot building in the warehouse district. It was a daunting task getting all of those rooms built out and rented, but I did it. I did it in phases and used the cash flow to fund the buildout. After about two years I had the building full and built out.

I was there for twelve years. It was a hard neighborhood in which to do business. About once every year I was burglarized. I would lose tenants and have to rebuild. It was kind of like riding a bucking bronco. Every time I pulled up to the building in the morning, I would be a little nervous about what I was going to find.

Because of the PSTD from the criminal activity in the neighborhood and some other financial misfortunes, I moved my business to Saint Louis Park in 2012. Here is finally where I started to have rehearsal spaces that I could run on my terms.

Knock on wood, I have had no problems with theft or vandalism or any criminal behavior. I was able to find the right people to support me in my vision of a beautiful, clean secure place that would honor the musician’s spirit.

Even though I lived to be in my rehearsal space back in my twenties, there was no getting around that it was a dump. There was one time when it was literally raining in our room. Our landlord came and took one look at it, told us he would get on it and left. He did eventually fix it, but for months, we had to move our gear away from one corner of the room so they wouldn’t get ruined by the water leaking.

I was never uplifted by the environment. I had to do all the uplifting myself. Maybe it helped me as a musician, I don’t know. But when I started in the rehearsal space business, I made it my mission to create an environment where musicians didn’t have to work so hard to get into the zone. They didn’t have to breathe in spoiled beer and old cigarette butts on their way to a precious practice session.

Most of the other rehearsal space facilities in the Twin Cities sent a clear message to musicians: we don’t respect you. The other day, I heard a story from a musician who was looking to rent a space from me. He said that the owner of their current facility sent them a letter saying that they earn enough from their event business (located in the same building) that they don’t need their rehearsal space business. The owners were saying that they would put up with the musicians, for now, but don’t ask for anything more than they are already getting. That kind of behavior is flabbergasting to me.

Even though I never became a famous musician, I feel like I succeeded in the music business. That success comes from providing quality rehearsal space for musicians. Sure, this blog may be a little bit of a sales pitch, but even more importantly, it’s my life’s mission. There were many times along my path in this business where I could have done something else, but I stayed where I knew I could be of service.

Every day when I walk into my rehearsal space facility, I have to thank myself because I practice there too. I’m grateful for a clean, secure, heated, cooled, sound-treated, fully electrified, well-lit, comfortable place to jam. I am honored to serve the Twin Cities musicians in this way. I hope, in some small way, I have been and can continue to be a part of the quality of music that comes out of our beloved cities. 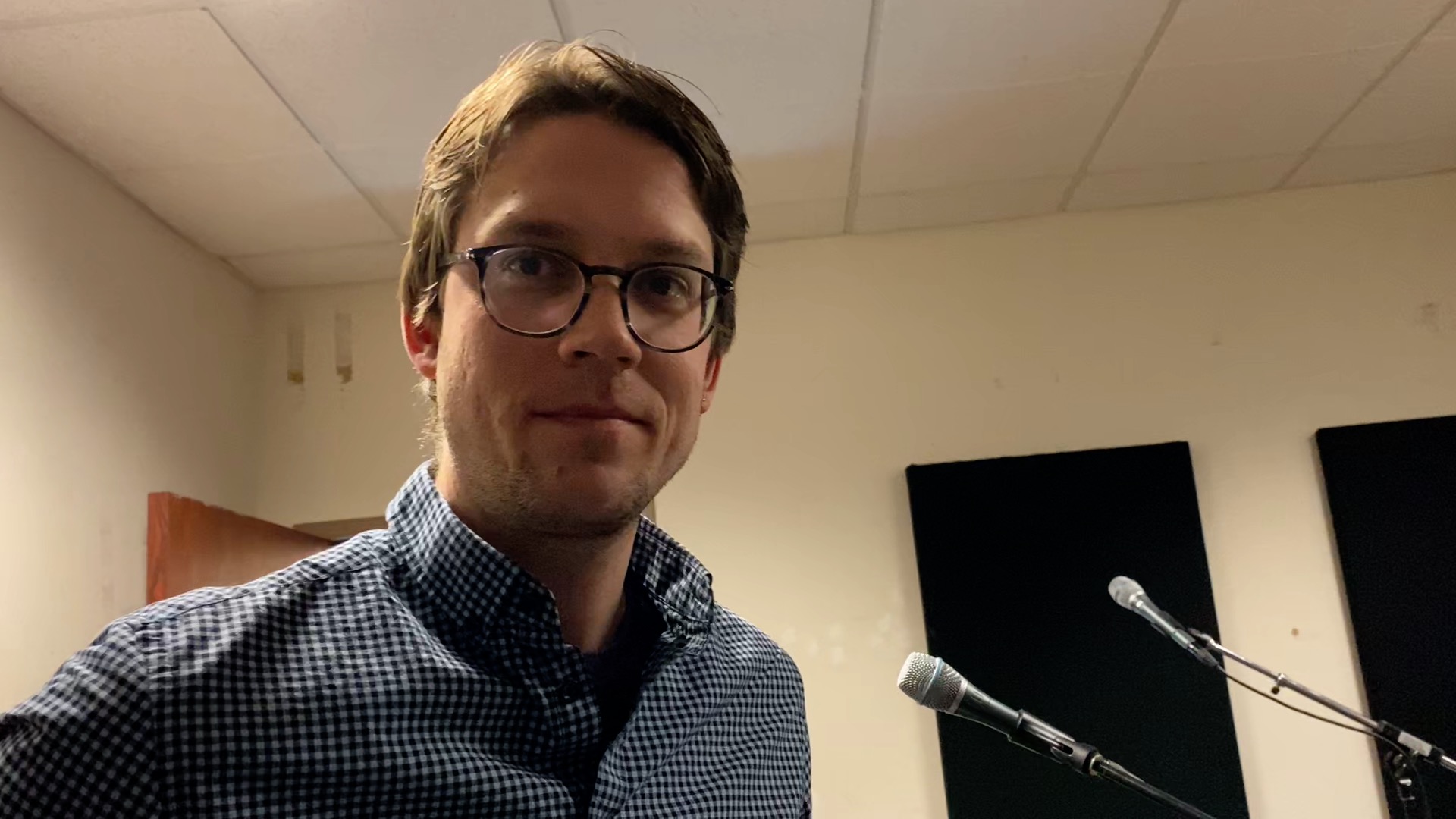