This title is a trick. There is no door. There is nobody keeping you out of the industry and no-one will open a magic door to let you in.

If you wanted to get into the hardware business, you wouldn’t ask how to get in, you’d just start creating your business.   But for some reason there is a fantasy in the music industry about a guy behind a desk, smoking a cigar, pulling all the strings to let people in or keep them out.

While there are some powerful people pulling strings at the very highest levels, nothing could be further from the truth down here at the bottom.  However I have had two instances in the last few months that prove that the fantasy belief is still strong.

In the first instance a young man came to me and asked if his song was any good. He played it for me on his iPad. It was absolutely terrible. It was a rap song, so it’s not a genre I consider myself an expert in, but I know bad music when I hear it. The rhymes were cliché. The rhythms were simple and childlike (actually he was off rhythm most of the time). His lyrics were unimaginative and his beat was like something from a speak and spell in the eighties. It was so bad that I had to keep myself from laughing. But then, the weirdest thing happened. I got angry.

I guess I got angry because the kid was wasting my time. It had nothing to do with his music being so bad. It was his obvious lack of work ethic that irritated me. It was one of the first songs he ever created. He had some late night inspiration, programmed the beat, wrote and recorded the lyrics on some cheap audio program, and decided he needed to speak to someone who owned a studio immediately to “get his foot in the door.”  He hadn’t done any real work.

If you’re reading this, you’re probably a fairly serious musician. You practice your instrument at least a few times a week. You’ve been in bands that played locally or even nationally. You work on your craft a lot and have been for a long time. This kid records a stupid rap song and goes straight to a studio owner trying to solicit advice and accolades. Does it make you angry too?

I asked him who his favorite rapper is. He said Eminem. So I asked him how he thought his song compared to an Eminem song. He said his song was good, but obviously Eminem’s song was better. I asked him how he thought his rap style compared to Eminem’s. He said he had a different style, but he was getting better. I burst his bubble. I told him his beat and his lyrics were at a kindergarten level compared to Eminem’s. I told him he would have to put in tens of thousands of hours of practice if he wanted to get close to touching Eminem’s talent and skill. I told him “go home and work hard for a year and see what happens.” Well, it’s only been a month and he’s sent me some new songs. They’re still awful. I’m still annoyed.

Even though I do appreciate his persistence, there is another thing that bothers me about this situation. I told him to listen only to himself. I said if he likes it and he thinks his music is good, then it’s good. Why is he asking me then? He obviously didn’t listen to my advice, which was “don’t ask me if your music is good.” And he’s not listening to his own inner voice either. Listening to my inner voice is something I wish I had done a long time ago. It would have been really helpful in my twenties when I was really trying to “make it” as a musician.

Which brings me to my second circumstance – another situation that reinforced my belief that people in the music business are mostly delusional. A young man sent me an email, saying he wanted to change his career and be a band manager. He was wondering if I could refer him to some band managers in the industry to give him some advice. The fact is, I’m not sure there is such a career as “band manager.” There are people who perform functions for bands. You can call it whatever you want.  These people book gigs. They set up tours, organize recording sessions and perform functions the band doesn’t have time to do for themselves.

I once worked with a very successful independent rapper. I witnessed how he put his own tours together, negotiated his own rehearsal space rent, paid his own rehearsal space rent, set up rehearsals with his band, booked TV show appearances, etc. He was his own manager. He was making millions of dollars but he was not outsourcing the role of manager to anyone. He may have had some folks who helped him do things, but he was managing his band. On his own. Period.

So I have set up a meeting with this young man and I’m going to tell him that a “band manager” simply provides services for a band. The first service they might need is help hauling their gear on the road.   I was lucky enough to call Monty Lee Wilkes my friend.  He was a very successful band manager and front of house engineer (Nirvana, Replacements, Brittany Spears).  He was pushing road cases before he started managing anyone.

This is how you get your foot in the door. You start doing the things that bands need. Hauling gear, booking shows, running the table, creating an email list, whatever they need. Don’t focus on the title of the job, think about what the job actually requires. My advice to this kid is going to be “find a band and do something helpful for them.” It’s very simple. Make yourself valuable to the artists and do something for them that they can’t (or don’t want to) do for themselves. Most importantly, do something that makes you and the band some money. If you can’t find opportunities to make money for your artists, you are useless as a manager.

At the beginning it’s going to suck. There are a lot of road cases to be pushed and sandwiches to be purchased. If you want to be an artist yourself, there will be times when you want to cry because your own music is so bad. But, if you really want it, and few people actually do, you will persevere. It may take you a thousand hours, but it will happen. Start small. Provide service. Create opportunities for yourself or your artist. Repeat. Over and over again. 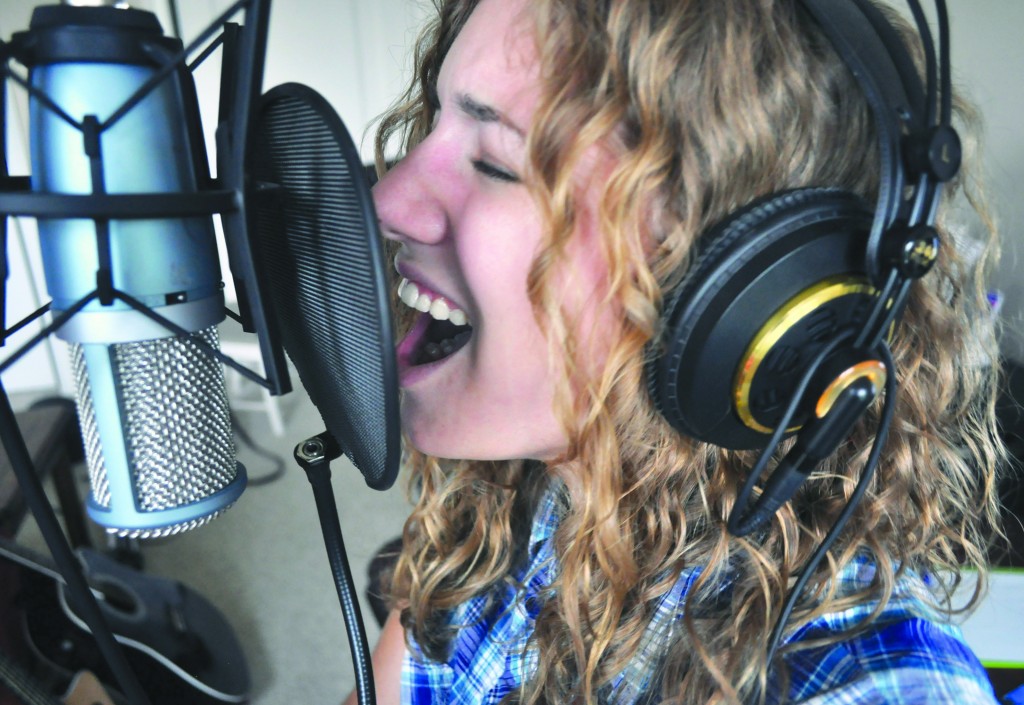 How to Sing in The Studio

How to Sing in The Studio