How to Leave Your Rehearsal Space

It was the first of the month and I walked into one of my rehearsal spaces. I had just rented it to a new band and the old tenant was supposed to have moved out.  The space was littered with empty beer cans and garbage. The rugs I’d put in there had been trashed. But, worst of all they left behind two couches. I’ve been in the rehearsal space business for almost twenty years so it’s nothing I haven’t seen before. But still, it always gets to me.

I’m not looking for sympathy. I’ve been very blessed in my life and I don’t want to complain. It’s my job to clean up after musicians and I get paid to do that. (Although just to be clear, the band has broken a contract with me by leaving their room a mess. The couches are a big pain because it costs me money to get rid of them).

Just before I came to the studio that day I had been at a physical therapy session for lower back pain. I threw my back into spasm a few days earlier by lifting some furniture at my house. I told my physical therapist I was hoping not to find couches in the rehearsal space. I just had an inkling they would be there, even though I had explicitly told the band to move them out before the first of the month. My physical therapist told me not to move the couches if they were in the room. My back was in no condition.

Of course, when I got to the room, there they were. I had another band moving into the room in about  half an hour. So, I did my job. I cleaned up the room. I got the couches out – luckily I was able to find another tenant who was willing to help me push them out into the hall.  I moved the next band into the space.  More than one week later, the couches are still in my hallway.

Of course I texted the “leader” of the band and told him I was unhappy about the state of the room.  I asked him to remove the couches ASAP. I didn’t hear back from him right away, but finally he did text me back telling me that it was somebody else’s fault.

It was another band member who wanted the couches brought into the room in the first place. Now he didn’t have a car to transport the couches out of the space. It was the drummer who had been living in the space. He trashed it. The leader of the band wanted to do the right thing, but he really wasn’t willing to do it. He was happy to pass the buck and blame it on his band members. In my eyes though, he was on the contract. This was on him.

Regardless of his unwillingness to help, I must remove the couches from my hallway. So for the next couple of days I keep texting the kid. I even offered him the use my truck to get them moved. So, this week, that’s what I’ll be spending my time doing. Moving couches.

I have five children and a business to run. I have a father with dementia. I have enough to do without cleaning up some punk band’s mess.  And here’s something the band should have considered – I am connected in the music industry here in Minneapolis/St. Paul.  I talk to a lot of people and see bands every day. I see producers, videographers, managers, agents, etc. I don’t make it a practice to talk about people negatively. Something may slip out here or there because I’m not a saint.  But you know what I do on a regular basis? I speak positively about bands and musicians.

If I hear a band down the hall I think has a great sound, I will recommend them to a club or put them on a bill myself if I have the opportunity. I know people who have gear hookups. Sometimes I will offer free studio time or time in the video studio if I think your band has potential.

Do you think I will ever talk nicely about the band who trashed their room and left me to deal with two couches? No. I will never say another word about them. Unless in a weak moment you hear me recount the whole story of how they left me with a big hot mess to deal with. As for the young man who eventually stepped up to the plate and made an effort to deal with his band’s dysfunction, I really do appreciate it. I hope he finds new band mates who have his level of accountability.

The truth is no matter how much talent you have, selfishness always has the same end. Being alone, without a band, without true friends and without self respect.   If this is you it’s time to find some self-awareness.

So, how should you leave your rehearsal space? Clean, without any residue of your emotional baggage. Pristine, without any sign of your own dysfunctional behavior. Spotless, without the need for your landlord to heal your psychological damage. If you can, leave it just a little better than you found it.

If you can’t do that, are you a musician at all? Isn’t the goal of musicians to make the world a better place? 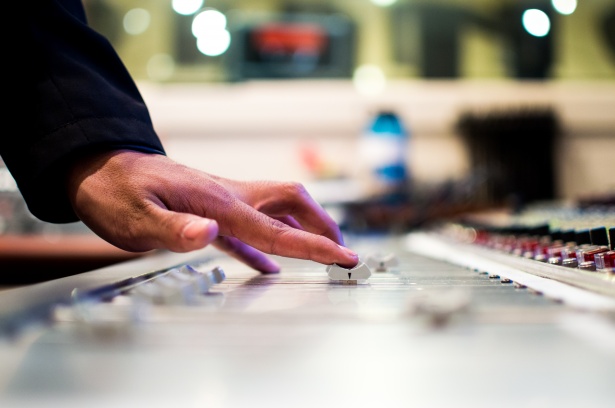