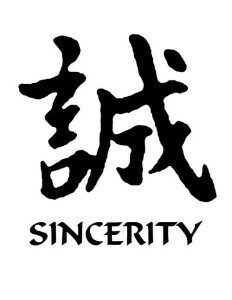 The other day, with a group of friends, I was trying to describe myself and how I act when talking with other people.  I couldn’t think of the word I wanted to say. I said, “you know, someone who always means what they say?” Someone said, “authentic?” Someone else said, “sincere”? I said, “Yes, that’s it!” The magic word I was looking for!

I always try to be sincere. I joke around with people I know really well. I even rib them a little here and there, but I know where the line is and I stay away from it.  I’m careful not to say something that could  inadvertently hurt them.  Every once in a while I’ll mess up, but for the most part I’d say I am highly sensitive to people’s boundaries and their feelings.

I have one friend who isn’t like this.  He is almost always sarcastic with me and his other friends. He likes to give people a really hard time. Most of the time it’s done with love. He’s not a bad person, in fact he’s a really great guy. He just doesn’t have the same sensitivity to boundaries that most people do.

Over the years, I’ve developed a pretty thick skin. I’ve had to.  I put myself out there all the time with my music and in my business. I created a TV show and I do promotions on social media so I’ve had my fair share of criticism. Most of the time it doesn’t bother me. But very rarely a troll will get under my skin.

Sometimes my buddy’s ribbing gets under my skin too. He’ll say, do or text something that irritates me. I know he doesn’t mean it to be offensive. But there is something underneath his little jabs. There is always a little bit of truth in his jokes. It’s passive-aggressive behavior.

I know I shouldn’t take it personally. I’ve read the John Miguel Ruiz book, “The Four Agreements.” But sometimes I can’t help get a little sad or angry when a joke hits too close to home.

For example, once I was arranging to sell my friend a personal item I didn’t need anymore.  It was relatively valuable and I could have sold it on eBay for a decent amount of money. I told him how much I would sell it to him for (a significant discount from what I could have got on eBay) and he responded by calling me an unkind name in a text. I can’t remember the word he used, but it meant cheap, stingy or greedy or something similar.

Again, I know he was joking – and he did buy the item from me, eventually saying my price was more than fair, but for a couple of days that text got to me. It made me angry, sad and hurt.  Eventually I shook it off and stopped taking it personally, but I realized I never wanted to do that to someone else.

I always want to be sincere, no matter what.  It’s my way of making the world a little bit brighter. There is too much insincerity in the world so I’m trying to help the balance by always being sincere.

Sometimes I do fail. I’ve noticed I am sometimes sarcastic with my children. You know when kids ask something  completely obvious, like, I’m putting my running shoes on and I’m in my running outfit and my kids ask me if I’m going running. Sometimes I just can’t help myself by saying, “nope, I’m going scuba diving, but good guess.”

It’s a little bit funny. My kids might even get a kick out of it, but still, I feel a little bad doing it. Why, don’t I just say, “Yes, honey, I’ll be back in a little bit?” Probably because I’m irritated at something completely different. When I don’t want to run or I’ve had a bad day I’ll pass my irritation on to someone else. Here! You feel it! I’ve had enough!

If I’m sincere with myself, I admit the sarcasm, cynicism and insincerity that come from me is all about me. My insincerity happens when I’m unable to appreciate the life I have and the blessings that surround me.  It happens when I’m weak. I need to remember when I get a little dose of insincerity from someone else that they are just feeling weak too.

Being sincere can also be fierce and direct though. It can deliver a much-needed message without the unnecessary emotion.

So how do you deal with passive-aggressive name-calling?  What do you do when someone calls you a slang term for something negative –  maybe disorderly, tardy or even dishonest? They do it jokingly, but you know deep down they mean it. And it hurts you. Maybe you might let it go once, but what if it happens again?

How do you tell that person you do not want them to talk to you like that? If it’s a personal friend and you can tell them how it makes you feel, do it- telling someone how you feel is the most sincere thing you can do. Be sure you’re not blaming them for your feelings though. Your feelings are your own.

You might say something like, “hey, I know you probably didn’t really mean it, but when you called me that name, I felt sad.” Sadness is an easier emotion to admit because it’s not as threatening as anger. I’ve always found that underneath anger is usually sadness anyway.

On a professional level saying, “I don’t like being called that name” is adequate. Admitting to personal feelings in the working world can be tricky.

More than likely the person you’re talking to will laugh it off and tell you they were joking. If they are truly passive-aggressive they might even make fun of you for being overly sensitive. Ok, well, you kept your side of the street clean. You were sincere.

Sincerity is a lifelong practice that comes easier to some than others, but it leads to healthier personal relationships and more successful outcomes in business. The world desperately needs less name-calling and more sincerity. It all starts with one person changing their ways. I hope to be part of that change. 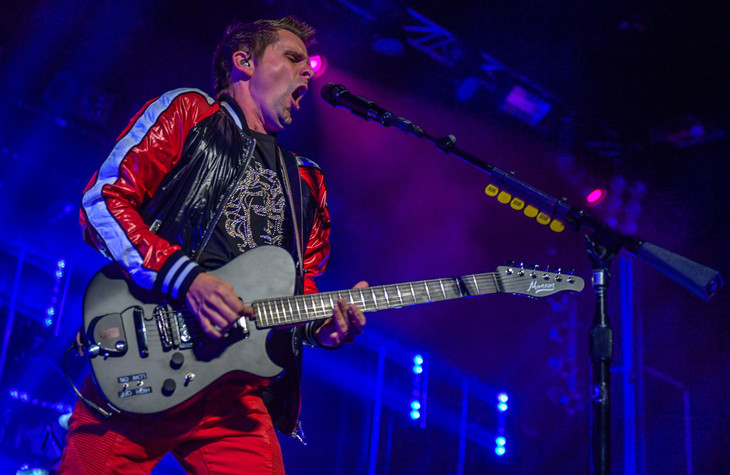