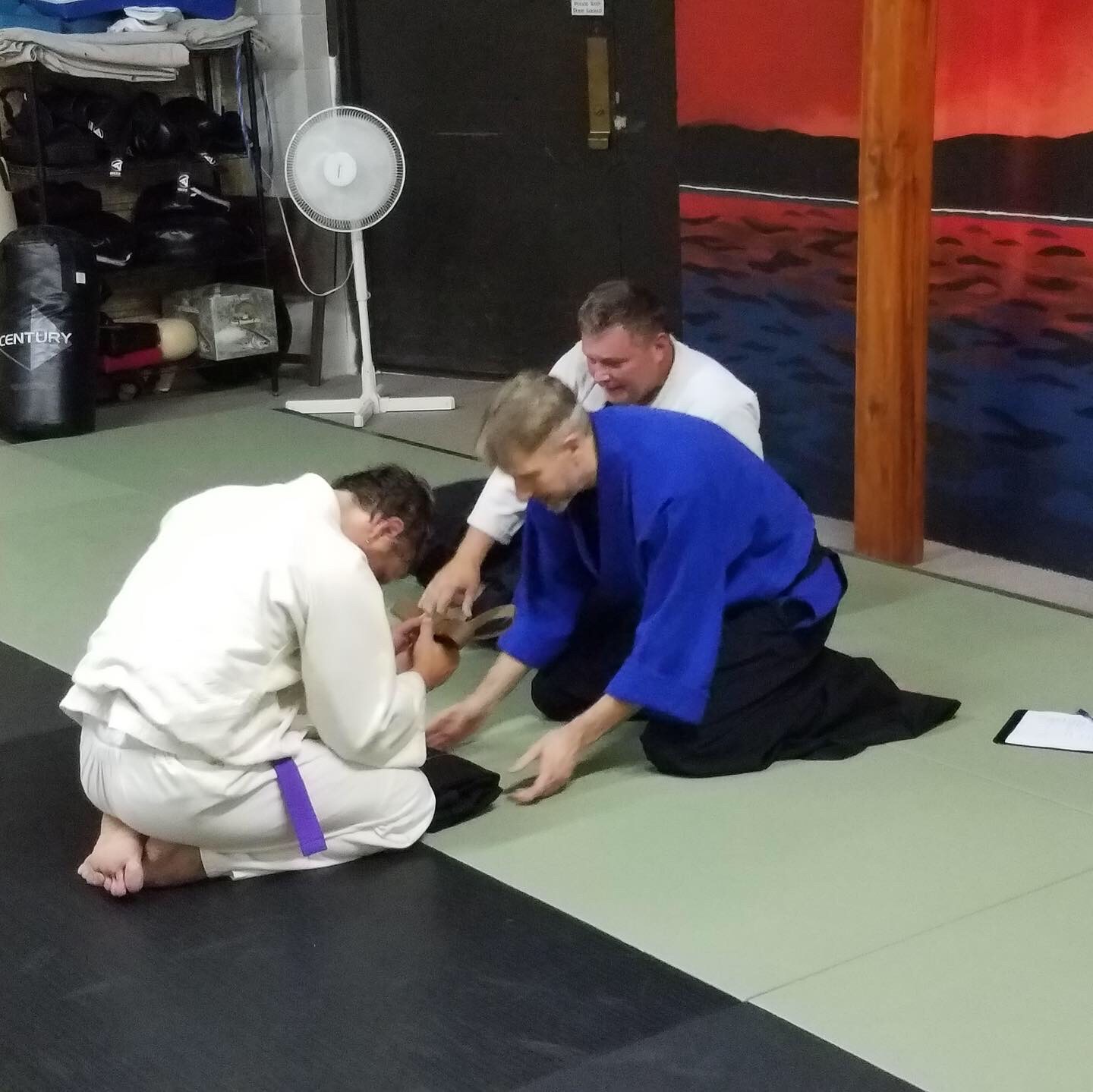 I’ve just earned my brown belt in Aikido – a goal I’d been working to accomplish for about four years.  Still, I feel like a novice. Aikido is a difficult martial art to master. It’s taken me a long time to feel like I can do a few things properly. Obviously, I know more than someone who walks in the dojo door for the very first time, but compared to the masters I know the slightest fraction.

Step One: Find a Great Teacher

Before I met my current teacher I was with another dojo for about six months. I had a good experience there and I would still go back to practice once in a while if it were convenient. But the dojo where I practice now offers classes during the week day and is only a few miles from my studio. That’s why I joined – but it’s not the reason I stay.  My teacher is the reason I stay.

Let me give you some background. Before I started training in Martial Arts, I had been in exactly one fight. It was in eighth grade. It was petty and meant nothing.  Nobody won – we just stopped and walked away. I trained in Karate in middle school and sparred with a few people in competition but I have very little fighting experience. I didn’t grow up on the streets and when I was once threatened with violence in my studio I nearly shit my pants.

I won’t go into the details here but a tenant of mine was trying to extort money and his main weapon was threatening me with physical violence. At one point he cornered me in the lobby of my studio and I thought he would strike me. I cowered like a little baby, agreed to his terms and he backed down. Once he left I got a restraining order and started the eviction process.

That same summer I had another incident when camping in northern Wisconsin.  A group of people decided it would be funny if they shot bottle rockets at our tents while we were sleeping. I never got out of my tent to confront them – I just waited for it to pass. After that experience I decided to do something about the feeling of helplessness inside. A few people I respect greatly said “try Aikido.”

So that fall I started my journey with Aikido. It’s a controversial martial art. Some people say it would never work on the street. Others say it’s just dancing and has very little effectiveness. At some point it became really popular with the hippie crowd. It’s also sometimes referred to as “the Art of Peace” or the “Way of Harmony.” There is no doubt it’s a beautiful, graceful martial art.

Aikido is popular with people who think violence should be the absolute last resort. Many dojos don’t even teach true martial effectiveness. Some Aikido masters argue it is such a hard art to master that very few people truly understand it fully.

The controversy over the effectiveness of Aikido is not really important to this blog. I guess my point is I landed in the right place. My Sensei doesn’t care about Aikido politics.  He loves the art but he also wants his students to have useful skills in the real world. So he teaches skills, whether they are true Aikido or not. Aikido is just a set of principles. If those principles are present in a technique, then any technique, from any art can be Aikido.

When I was looking for a way to feel less helpless in this sometimes violent world, he was exactly the right teacher for me.

Find the right teacher for you. There are charlatans in every field. It can be hard to decipher the con men from the genuine teachers. Being a good student means being honest with yourself. Ask yourself – are you learning what you need to be effective in your field?

Then, once you’re secure in your choice of a teacher, you need to be willing to submit.

Now that you trust your teacher, let them guide you.  I am not an Aikido instructor.  I have been running a music studio for the past twenty years. That’s my area of expertise and I’ve had the opportunity to mentor a few people in that time.

Mentoring can be difficult and I can’t really say I’ve had any true success doing it. People like to make their own mistakes.   Perhaps I’ve been too harsh with my protégés. I once had a young intern who decided to bring in an experienced singer who’d already worked with big names in Los Angeles.  She wanted to land this artist as a client of her own. Unfortunately she barely knew how to turn on the gear, much less run it. She had no business using my studio to impress. She made a fool of herself and worse, made my studio look amateur. I told her she needed to research her potential clients before they came into the studio and clear everything with me. What really pissed her off was I told her that she wasn’t even close to being ready to handling a client like the one she brought into the studio. I said she was years away from being able to engineer for a client like that and would probably never get there.  I feel bad about that now.

I just wanted her to slow down and come back to reality. I appreciated her ambition but she needed to focus on her technical skills first before trying to land such a big fish. I guess I must have said some harsh words because she stopped coming by the studio after that.

I still believe she might have had a chance if she listened to me. Instead, she sulked away feeling sorry for herself. I don’t know what she’s doing now, but I doubt it has anything to do with sound engineering. The sound engineering field is highly competitive. If you don’t have a thick skin and a willingness to take harsh criticism, you’re never going to make it.

As a student, it’s important to remember your teacher only wants the best for you. They are there to hand out life lessons before they get handed out in the real world. In martial arts training, teaching those life lessons can literally be life or death. The martial arts instructor has a responsibility to give you skills in the dojo to protect you and your family on the street. If your marital arts instructor fails to prepare you with real self-defense techniques that will work in a high pressure, volatile and violent scenario, that teacher is failing.

Sure, there is sometimes pain in the dojo. A bleeding nose, some bruises, aches and pains.   But I believe when someone threatens the safety of my loved ones, I will be able to have a real impact on that situation, possibly a lifesaving one.

On the job training is the same. An internship is supposed to give you real world experiences so you know what to expect when you have a job which affects the bottom line of the company.

My “harsh” conversation with my young female intern may save another employer from a lot of heartache. Or she may never work in the field again because of what I said to her. But if she uses that conversation as an excuse to never engineer sound again, that’s on her. I’m no David Geffen, but I know if she ever works for someone of that caliber, she might thank me for how kind I was during her internship. When people like Geffen have millions of dollars on the line, they don’t beat around the bush. People get fired for not having the coffee at the right temperature.

To summarize: do your research and find a teacher with integrity, the skills you want to possess and the ability to teach you those skills. Next, allow them to teach you. Leave your skepticism at the door. Eventually you may find holes in their skills or realize their methods aren’t infallible. Nobody is perfect.  But, in the beginning, you have to be willing to trust them and do things their way. If they are a good teacher they will allow you to develop your own style as part of the journey.

Submission is hard, especially when you hear stories of teachers misusing their powers. Yes, that threat is real but a noble teacher will never cross the line. Find the right teacher.  When you do, let them into your being. Embody their teachings and enjoy the ride. 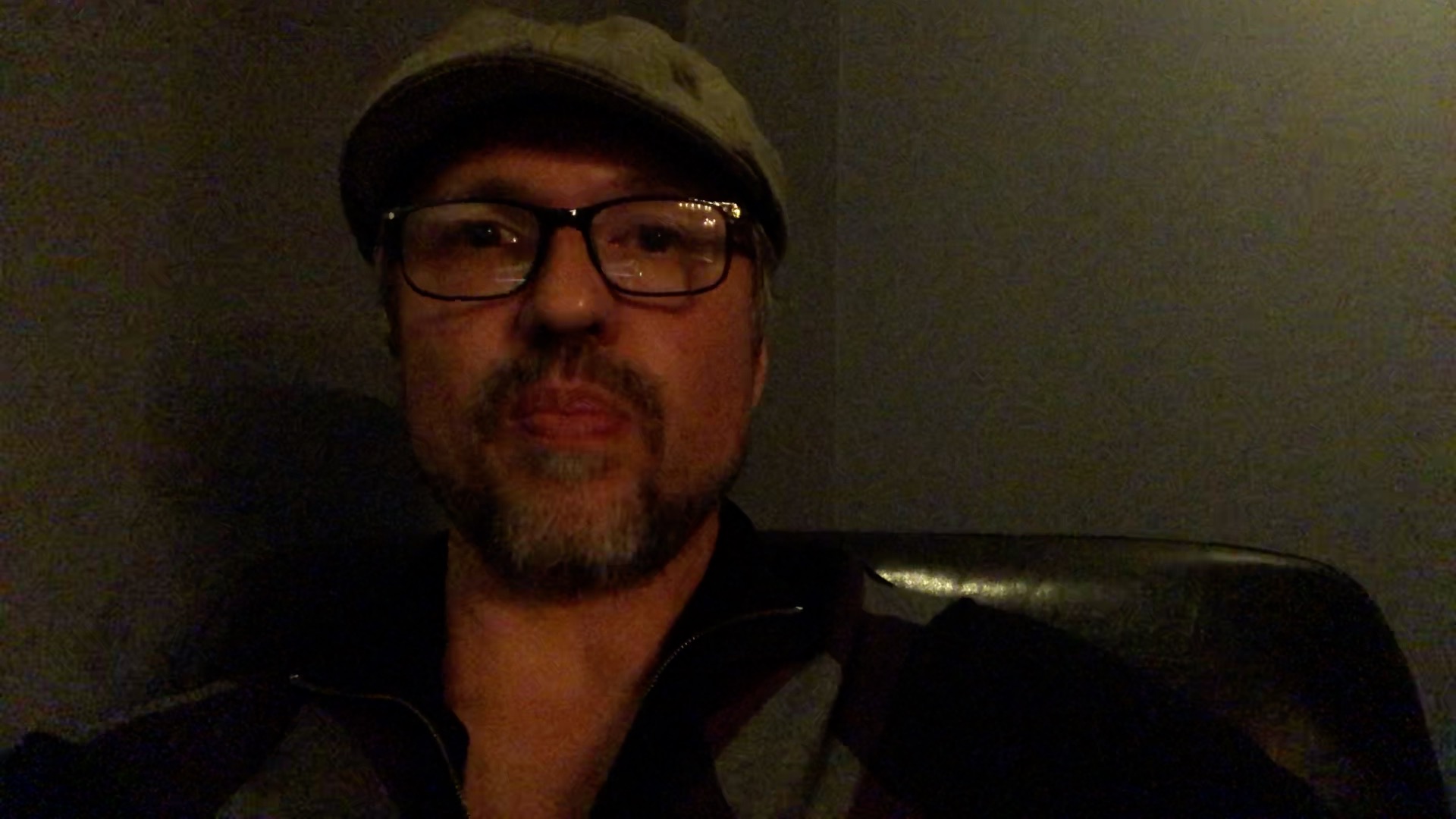 Simplify Your Parts Before a Show

Simplify Your Parts Before a Show