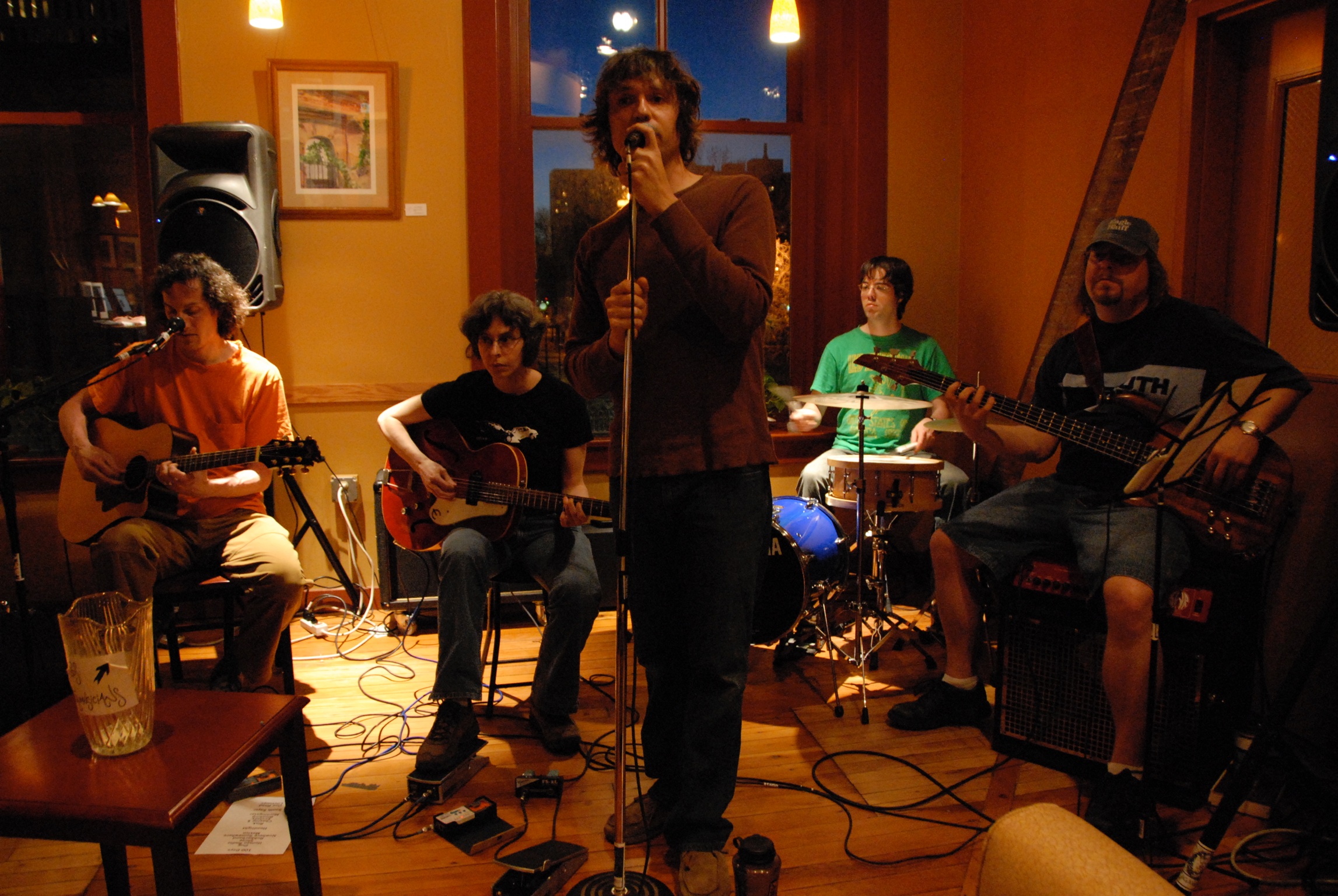 I’ve always had a sound in my head. Ever since I heard My Bloody Valentine, Jane’s Addiction, Smashing Pumpkins, Alice in Chains, Soundgarden, Pearl Jam, The Verve, Catherine Wheel, Zeppelin, Pink Floyd, Etc, I have wanted my band to sound something like that. The tones, the drama, the tension, the rhythm. Listening to bands like that, call them psychedelic, guitar rock, hard rock, alternative hard rock, made me want to create my own sound, but like theirs.

I remember when I first actually had a band of my own of which I could feel proud. I was in my mid-twenties and my partner Charlie and I had just finished a demo of four songs. We had written hundreds of songs before those four were produced. We scrapped everything and said we were going to start fresh. We were going to do everything right. Everything would be recorded to a metronome. Our guitars would be impeccably tuned. The drums would have fresh heads, every time we laid a track.

Even more important than that, the songs had to come from our souls. We had to feel them. The vocals had to have passion. The lyrics had to be meaningful. The songs had to have a flow from start to finish. We weren’t going to accept anything choppy and broken. If we could listen to the whole song without getting agitated, that was a starting place.

Before that demo, we spent a lot of time making excuses for our recordings. We had no concept of the competition in Minneapolis. We made half-ass recordings and sent them to music rags only to get slammed and raked over the coals. We thought our vibe was enough. It wasn’t. We were fooling ourselves. We needed to be better.

This four-song demo was going to be different. It was going to speak for itself. It was going to be created with discipline. Every night for a few years in my mid-twenties, Charlie and I got together at seven o’clock. Even if he couldn’t make it, I was there, doing something, playing drums, guitar, tweaking a mix, singing… I was determined to work harder than other musicians. I’m sure my work ethic didn’t even compare to some. Prince was at Paisley Park working circles around me.

But, I couldn’t let hard work be an excuse for my failure. In terms of commercial success, it was a failure. I never made more money than I spent making a recording. I hardly ever made more money on a gig than I spent making that gig happen, if you consider all the gear, the years of paying for practice space, the time it takes to write and rehearse the songs. Financially, my music career has been a complete disaster.

But, when I finally had a band that started to sound like the one I had in my head since I first started listening to Kiss on my shitty little record player, I started to have an inner satisfaction that I never felt before.

I’ve heard that same thing from bands I love. I’ve heard that they have a sound in their mind, like the coolest sound you could ever think of. Imagine, Zeppelin, mixed with the Pumpkins blended with Floyd and Fugazi. Put in your mind some crazy amalgamation of the coolest bands on the planet. But that’s not what you sound like. Pat Monahan from Train said that he thought Train should sound like Zeppelin. When he realized that he would never sound like that, he had a come to Jesus moment. He had to accept himself (and his band) for what he was (they were).

I had to do the same. I had to work with tones and structures of sound that made me feel good. My soul didn’t know how to create a heavy vibe like Soundgarden. It wants to float with the fairies, not dance with the devil. I can’t force it to do what it doesn’t do.

But as I started to embrace my own authenticity, I started to love listening to my own music. Can I let you in on a little secret? Nowadays, I don’t listen to many other bands. Although I love, Zeppelin, Floyd, Pearl Jam, Pumpkins, Etc, I feel like I’ve exhausted their catalogs. My own music is my respite. I’m always creating new stuff. It’s fresh and it’s my own vibe.

I create music so that I can listen to something I love. Is that weird? I’ve heard musicians say that they can’t listen to their own music. I used to be that way when the music sucked and the recordings blew, but now that I have the fundamentals down, my music is fun for me.

After that pivotal moment when I decided I was going to do everything right in terms of recording and musicianship, I started to create music I can listen to. In fact, I still get goosebumps when I listen to that old four-song demo. There is something about it. It’s when I first felt my true musical power with songs that I wrote and recorded.

It struck me the other day when I was sick of listening to podcasts. Joe Rogan and Howard Stern were not doing it for me anymore. I needed some music. I wanted to listen to my band Silverseed. I turned it on and cranked it up. I used to feel embarrassed about that. I just had to admit to myself that Silverseed is my favorite band. Why wouldn’t it be? It comes straight from me. It is me.

I can’t listen too long. After listening to an album one time through, I’m done. But next week, I’ll be able to listen to another album and enjoy the shit out of it. Even if we don’t sound like all the greatest bands in the world combined.

What’s the point of this blog? My point is a cliché. Be yourself. I had to learn to accept what my sound is. I can always strive for a new sound, but I can’t force it. Anything that is forced isn’t going to do anything for anyone whether it’s your fans or yourself.

I talk to bands every day in my rehearsal space business. I hear bands talking about re-inventing themselves. They haven’t had any commercial success with a particular sound, so they try something different. I’ve seen bands go from acoustic trios to pop duos. I’ve seen metal bands start playing indie rock. But, the only bands I’ve ever seen become successful are the band that knows how to be themselves.

There are the rare bands that morph over time. I think of U2 and the Beatles as the bands that made the biggest changes over time. But, you always knew it was them. It’s because they were musicians who were in touch with themselves. I don’t know how to tell you to do that. I don’t know if I am in touch with myself. I do know that I am comfortable with the sound that naturally flows from me. Maybe it’s because I’m not trying to “make it” anymore, but I think even if you are trying to make it, forcing anything is going to be counter-productive.

All I want to do is create some tunes that will get me through my commute from the studio back home after I’m sick of the podcasts on my iPhone. Maybe some folks will buy my album. Maybe they’ll come to my shows. And it will be because they dig me (and my band) at my most authentic. That is true satisfaction. 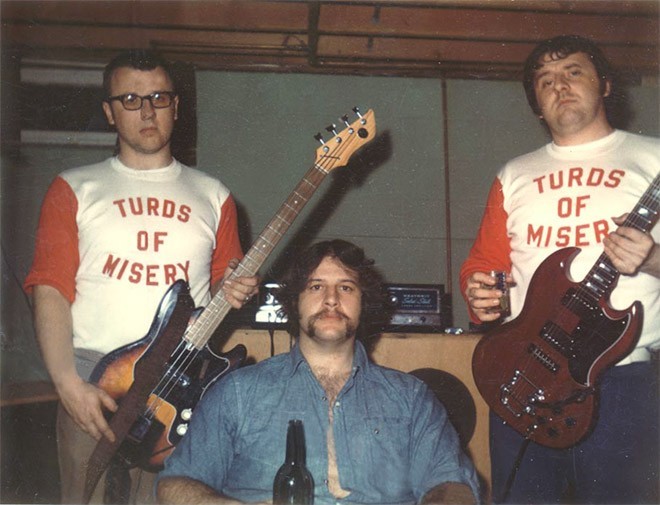