Cyclorama and Green Screen: An Explanation

What is a Cyclorama or "Cyc" (pronounced sahy-kluh-ram-uh)

A cyclorama is a curved wall or drop at the back of a stage. They are used to create an illusion of unlimited space or distance in the background of exterior scenes or for lighting effects. 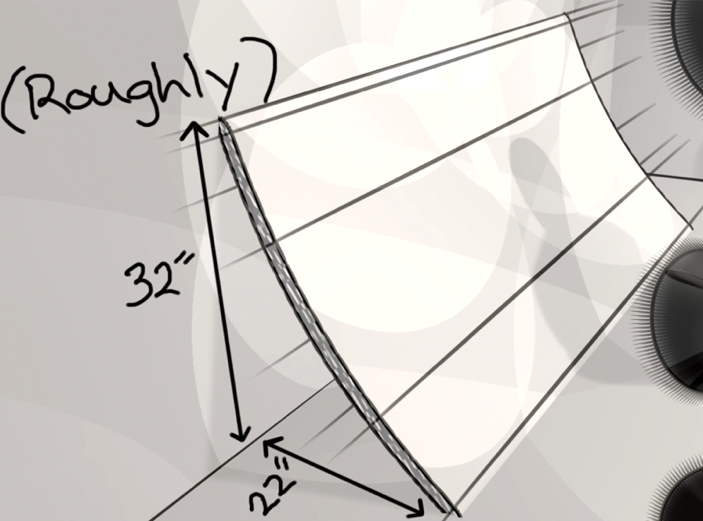 Here is a video of Perry explaining a cyclorama:

Thousands of videos are shot against cyclorama walls. They provide a background that highlights you as a professional artist – to really show off your look, your style and the way you move. Cyclorama walls are clean and professional.

Here are some examples of music videos shot against a cyclorama wall:

Many product videos are also shot against cyclorama walls. The wall does the same thing for a product it does for an artist. It highlights the product in its own light and prevents confusion with any background interference.

Whether you embrace this or not, your music is a product. So is your image. People need to see you before they can make the decision to consume you. The visual aspect of your brand is key to your success, now more than ever. While you can’t make every one of your music videos against a cyclorama wall, I’d recommend you make your first one with it. You never get a second chance to make a good first impression:

What is a Green Screen or Chroma Key Screen?

In film and video techniques such as chromakey, a green screen is a green (or blue) background in front of which moving subjects are filmed. This allows a separately filmed background to be added to the final image. 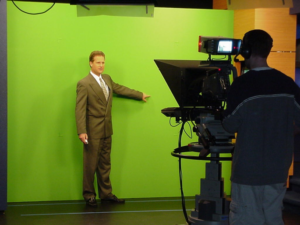 Weather presenters were probably the first people to make practical use of shooting in front of a green screen. Hollywood producers have been using them for many years too. Often when you see an interior shot of a car it will all be green screen. The inside of the windows are masked with chroma key green (or blue) and they project the exterior of the car onto the green screen. It makes it much easier to shoot scenes like this because you can use a car that’s actually just a set (or a prop). Cameras can be set up where seats would be in a real car and you don’t have to contend with traffic.

Music video directors started using green screens heavily in the 1970s. Even TV shows started to use a green screen for a backdrop. Here are some examples:

Artists create most of the ships, creatures and scenes you see behind the actors with computer generated graphics. Once these backgrounds are created, they are “green screened in” to make it look like the characters are on an alien planet. 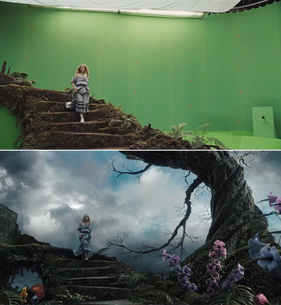 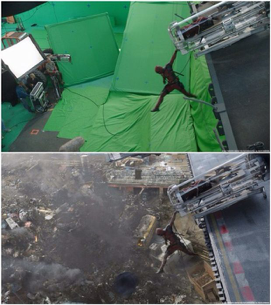 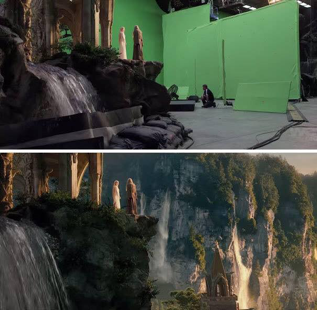 If you’re thinking of making a music video, infomercial, product demo or even a movie, talk to us and we’ll give you a tour of our video facility. We designed it with the working artist in mind.

Come Check Us Out!