Late last year as my band was putting the finishing touches on an E.P.  that we had been working on for almost two years, I had a thought. I thought to myself, now that this Covid stuff may be winding down it’s time to get out there and play some gigs. My band will release this E.P. here shortly and we can start to play some shows in support of it.

Last Summer I had the fortune of being a part of a brewery tour with local band Flipp. I did most of the booking of the gigs and the band did all of the rocking. I learned a lot. One of the things that I learned was that breweries have built-in audiences. The beer is the main attraction and boy do people love beer. Beer is a cult.

There is a little hurdle you have to jump over as a band if you want to play brewpubs and that is you have to have your own PA system. Rock clubs are set up for a band to come, hop on stage, plug in and rock out. In a brewery situation, they almost never have their own sound system (PA) nor a stage, for that matter. So if you want to tap into the brew scene, your band should come fully outfitted with sound. Slide into a corner of the brewery or somewhere outside, set up, and play.

Breweries aren’t rock clubs. Unless the owner of the brewery created his establishment to be a music venue, music is an afterthought. Their passion is beer. That means when you attempt to book your band into the pub, you’re going to have to present something that makes sense to them. Making sense means making money, or at least not losing money.

Breweries produce beer for pennies. If you’re a band that likes beer, this may be just the ticket. Breweries can give away case after case of beer at very little cost to them. So that’s the first thing to go after. Ask them for as much beer as you can. The band can set out a tip jar of course, but you’re going to want to negotiate some sort of fee on top of the beer and the tips.

You could leave it up to the brewery to decide what it’s worth to them. Just tell them if they enjoy the show and believe their customers did too, to shell out some cash. Give them a minimum if that is important to you. My goal on this summer jaunt is more about the band than the money so I’m not too worried about it. Plus my bandmates love craft beer so it’s a win-win.

I will say this, however. If you do negotiate a deal where the venue gets to decide what to pay on the spot, make sure that a decision-maker is on-site while you are playing and know who that person is. At the very least, get the phone number of the person who is able to make decisions so that you can call them or text them after the show. That way, they can communicate with the staff to see how the performance was to make a decision about money. There were a couple of instances on the Flipp tour where we had a great show, much beer was sold and we went to settle up and the staff had no idea what kind of deal we had made with the owner (or manager) and no authority to dole out any money. And, I didn’t have the authority on speed dial. I won’t make that mistake again.

But, like I said, this summer is not about making a bunch of money or reaching a level of notoriety. It’s about seeing how good the band can be. It’s about seeing how good I can be. We’ve played a bunch of shows and we’ve put out a few releases, but we really have never put the pedal to the metal. I’ve been around professional bands that go out on tour in support of records. They practice a ton. They are tight as all get out.

My band may never get to the level of tightness that pro bands acquire when all they are doing is preparing for the tour. I’ve had bands book a rehearsal space for five days, practice all day for those five days. They run their set over and over again. Not only does rehearsing make them tight, but the actual tour also makes them super tight.

When my last band 13 Hertz was in our prime, we did a Colorado tour. We played six shows in about eight days. It was a lot of work, but we ended up being as tight as we had ever been. We had confidence that we never had as a band, playing out of state. There is just something cool about saying, “we’re from Minneapolis” when you’re in Denver. Audiences take notice and they give you just a little more respect than they do with local bands.

Anyway, we might not be going much further than St. Cloud, but we do intend to play a weekly gig throughout the summer. In order to prepare for these shows, we will be adding another weekly practice. Saturday mornings will be dedicated to rock.

We have eighteen songs in our repertoire. Thirteen of them are material that is already recorded and five songs are new songs we have been putting together. My plan for rehearsing is to run through all eighteen songs every time we meet, which will be twice per week. By the time we get to the summer gigs, we may have to drop a song or two from the set for lack of development or tightness, but we should be able to do two full sets of original rock and roll every time we show up at a brewery. This way we don’t have to hire a warm-up band and we can keep all the money and beer.

It’s all for fun and a personal challenge to the band. Let’s see how tight we can actually be. Let’s see how confidently we can sing and play. Let’s see how well we can dial in our sound in live environments. How nice can we make our guitars, amps, and drums sound? How hard can we rock and still play our parts with the necessary precision? And of course, we will be creating some dope social media content along the way. I mean would it even be real without posting to social media?

So that’s the plan. It’s a personal thing, but don’t get me wrong, I’m still going to try to make some money for the band. We have recordings to pay for. My bandmates need to stock up on beer. So here’s to a productive summer 2022. Come see us play! 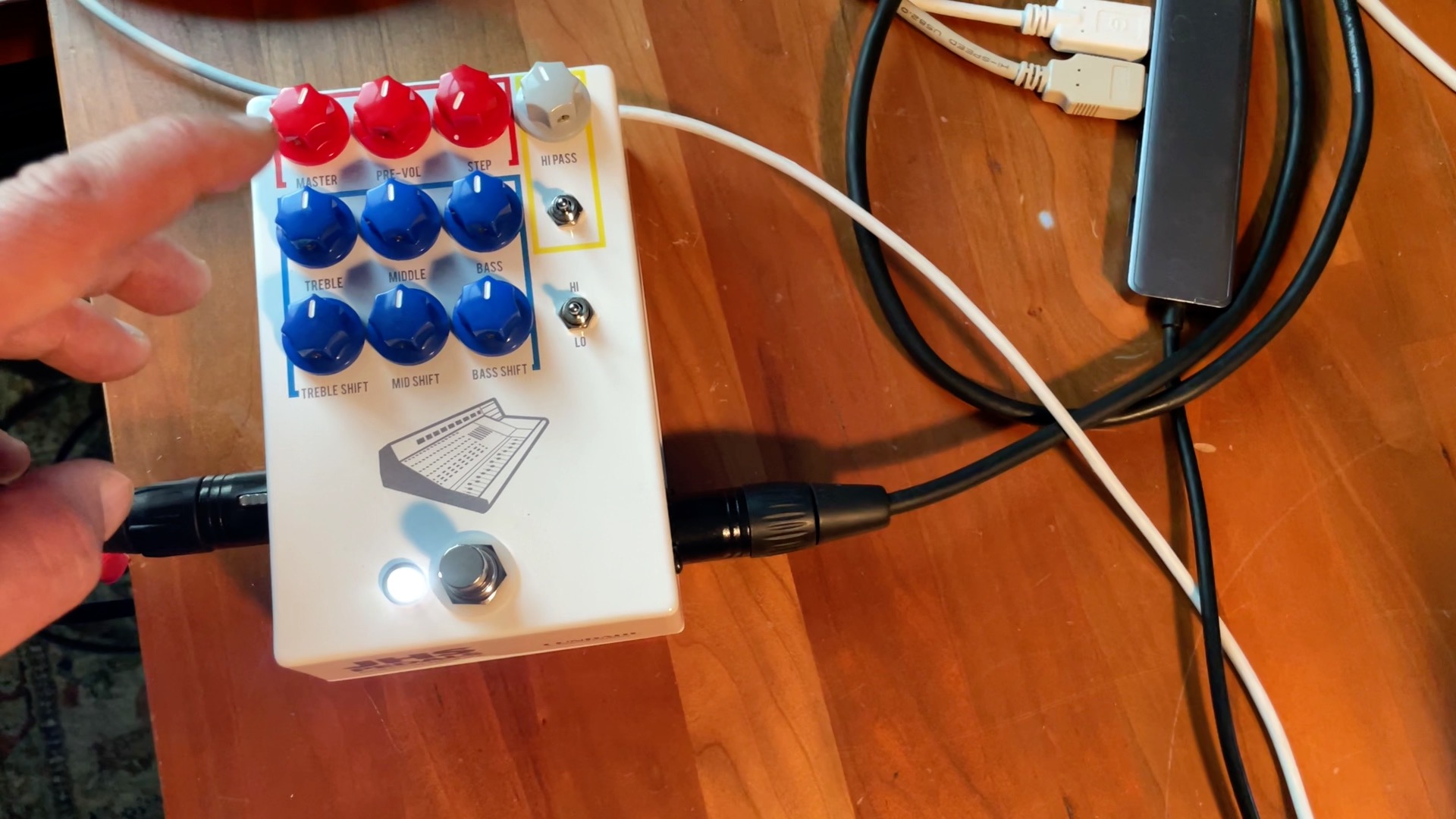