I was 21 years old. I was walking across the campus at Hamline University in Saint Paul, MN when I realized that I was an artist. When I started college 3 years before that, I wanted to be an international business man. I thought I would be in the import/export business or something like that. I was interested in language. I had been abroad more than a few times, thanks to my parents. I had studied Spanish, French and Russian intensively and I had just spent 6 months in Saint Petersburg Russia, But as I was coming from my painting class and on my way to band rehearsal, I realized that all I really wanted to create was art. It was at that point, I committed the next 8 years to music. 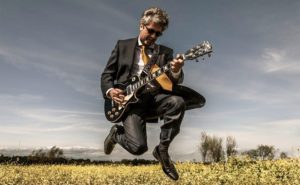 After college, I moved in with my musical partner Charlie. We had a dump for a practice space. We had a cheap place to live. He and I both delivered kosher food for our day jobs. We had an eight track in the living room. We had a pound of marijuana. We thought we had the world by the balls. Everyday we wrote and recorded music in our home studio. And twice per week, we were in a recording studio in Minneapolis making an album. There was some learning going on, but most of it was fueled by that very powerful weed our drummer had grown in his downtown apartment building. Not much really got done. There was a lot of talk and a lot of drunken jam sessions, but the business of being in a band was being neglected. Mind you, this was in the era when bands were still getting signed to labels with very large advances. One of our contemporary Minneapolis bands, 12 Rods, reportedly got a half million dollar advance when they got signed. So there was this idea that if we just made a great demo, someone would hear it and give us money and fame. Well, that just wasn’t our fate.

My band was suffering from this illusion for a few years when we met an up and coming music producer. He got us on track musically. We started getting our tempo together. We were learning scales, keys and modes. We learned to importance of discipline. Every night for about 3 years, Charlie and I met in the practice space and worked on our music. This time it was business. We were disciplined on our musical approach. We quickly had a band of very serious musicians. We promoted ourselves. We had a website. We played out of town gigs. We played many many in town gigs. We made 4 CDs. We even toured out to Colorado and back one summer. I look back on that band with fond memories, but when all is said and done, we didn’t accomplish much. It was a hobby and a very expensive one. There is nothing wrong with that. In fact, I think it’s a wonderful hobby.

When I think about my old band, I see how much work went into trying to make it. There was scheduling rehearsals, designing and printing posters, designing and publishing our website, booking gigs, booking a tour, getting press reviews, preparing and launching a radio campaign, talking to agents, talking to lawyers, etc. I’d say when it really came down to it. Being a musician was about 30 percent of being a band. Now, luckily, I had a penchant for business. I liked talking to people. I get a rush from landing a gig or from getting a radio interview. The rest of my band, not so much. If we all would have had the same business sense and the same zeal for promoting the band in terms of it’s money making potential, we might have made something of ourselves. What I did wasn’t enough.

So where should we be spending our time as artists who want to create business from our art?
I think we should spend a good deal of time making sure our website is maximized. It’s not good enough to just have a Facebook page. Having a real website sets your band apart from the fly by night acts. It says that you have a business and a long term vision. It gives fans a place where they can go and and easily navigate to the things they want from you, like videos, links to buy CDs, song downloads, info on gigs. Facebook is great, but you have to be on Facebook to view it and you have to know how to navigate well. Yes, most of us do, but we are trying to make our art as accessible as possible. A good website with an easy to remember domain is an absolute must.

Some of us are going solo. In a lot of ways, this is easier than having a band, but if you run your band like a business, a lot can get done. As a band you have goals, whether they are stated goals or not. Maybe your goals are to gig once a month and drink beer with your bandmates once per week in your practice space. Maybe you want much more than that. If you want more, it can be very helpful to have weekly business meetings. Goal setting should be a part of these meetings. If you can clearly state what your goals are and write them down, it concretizes them; it makes them real. Sometimes it is scary to speak these goals out loud. What if your goal is to be a famous rock star? Is someone in your band going to laugh at you? Maybe you don’t want anything more than just the opportunity to play your instrument, but the rest of the band wants to tour the world? It is very important to know these things about your bandmates. It can save you a ton of time. If you know that your drummer would never leave your city for a tour, but that is a goal for the rest of the band, it’s time to look for a new drummer. The first step is to put these goals on the table and see where they all intersect. Once, you have some solid goals and the band is on the same page, you can start to implement the goals.

Now, you create a strategy to get what you want. As a solo artist, you are working with yourself. Everything is on you. As a band, there usually is a leader. Most of the time, there is a reluctant leader. I’ve seen many bands implode when the leader refuses to lead. He gets resentful that he is doing all of the work. He refuses to promote the band because he doesn’t want the band to get more popular all on his own efforts. Well, this is childishness. If you’re the leader, then lead. But, make it fair. If you are booking the shows, take a bigger percent of the profit. If you’re organizing the studio sessions and paying for them, you should get even more of the profit and you should get reimbursed before anyone else sees any money. The more you do, the more you should get. However, there is a line.

Sometimes, you need to count your blessings. Do your drummer and bass player show up and practice and play gigs with you? Are they good musicians who add a lot to your sound? Well, maybe you have to pay them to keep them in your band. Sometimes a longer vision is important. If your band isn’t all for one, one for all (and most of them aren’t) then facing that fact is the best course of action. Maybe, you can treat your band mates more like jobbers. You can pay them a stipend at shows. If they expect to get paid every time they play, that’s fine, but maybe you keep all of the T-Shirt and CD money. And when the band makes more money, they still get their stipend and you make more. The more risk you take, the more reward there should be. This is capitalism. Don’t get caught in the socialist band model. Trust me. It doesn’t work. Remember the Soviet Union?

If you’re one of the few lucky ones and you have a partner or a whole band that is willing to do equal shares of the work, well get at it and hard. So you have goals and you have a strategy to meet those goals. This is where weekly meetings can be very effective. In your meetings, you can look at your goals and strategy and check in on progress. You can dole out new tasks. If possible, have the meeting, which can be very brief, and then actually do the work. Make phone calls, send emails, update your social media, record a quick update video. Meetings don’t get things done, doing the tasks does, so just do the things that need to be done.

This blog centers around what a band does because it’s what I know the most. But this can be applied to any art. The overall point is that being an artist is really about 30 percent doing your art, the rest is conducting your business.Really it’s the same for running any business. Say if you’re an independent plumber, about 30 percent of your work is actually plumbing. The rest is advertising, talking to potential leads, accounting, invoicing, collecting money, putting out fires, dealing with the government, etc. Most people, especially artists, don’t realize this when they start their business. They have some fantasy idea of what it will be like when they are a full time artist or entrepreneur. Maybe someday, you’ll have a secretary, a lawyer, an assistant, a booking agent, and a manager, but starting off, you must be willing to do it all yourself.

This is where we, as artists, really need to grasp the concept of the artist/entrepreneur. We have to face into the idea that we can’t insulate ourselves form our business. We have to run our businesses and we have to be comfortable with the way we run our business. We see politicians and clergy men every day who are hypocritical in their actions. Most successful artists are willing to be very transparent about their personal weaknesses and failings. This honesty is what ingratiates artists to their fans. Without this honesty, there is no connection. We don’t have to pretend we are perfect. We can be flawed and still act with integrity. With this integrity also comes responsibility. If we are calling out the government and institutions on their corruption, then we have to be willing to honor those principles when we are designing our business. Our business can be in alignment with our art. In fact, it has to be. We can’t create art that was inspired by the great inequities of the world and then sell it to Bank of America. That doesn’t work. You can fool some of the people some of the time, but you can’t fool all the people all of the time. 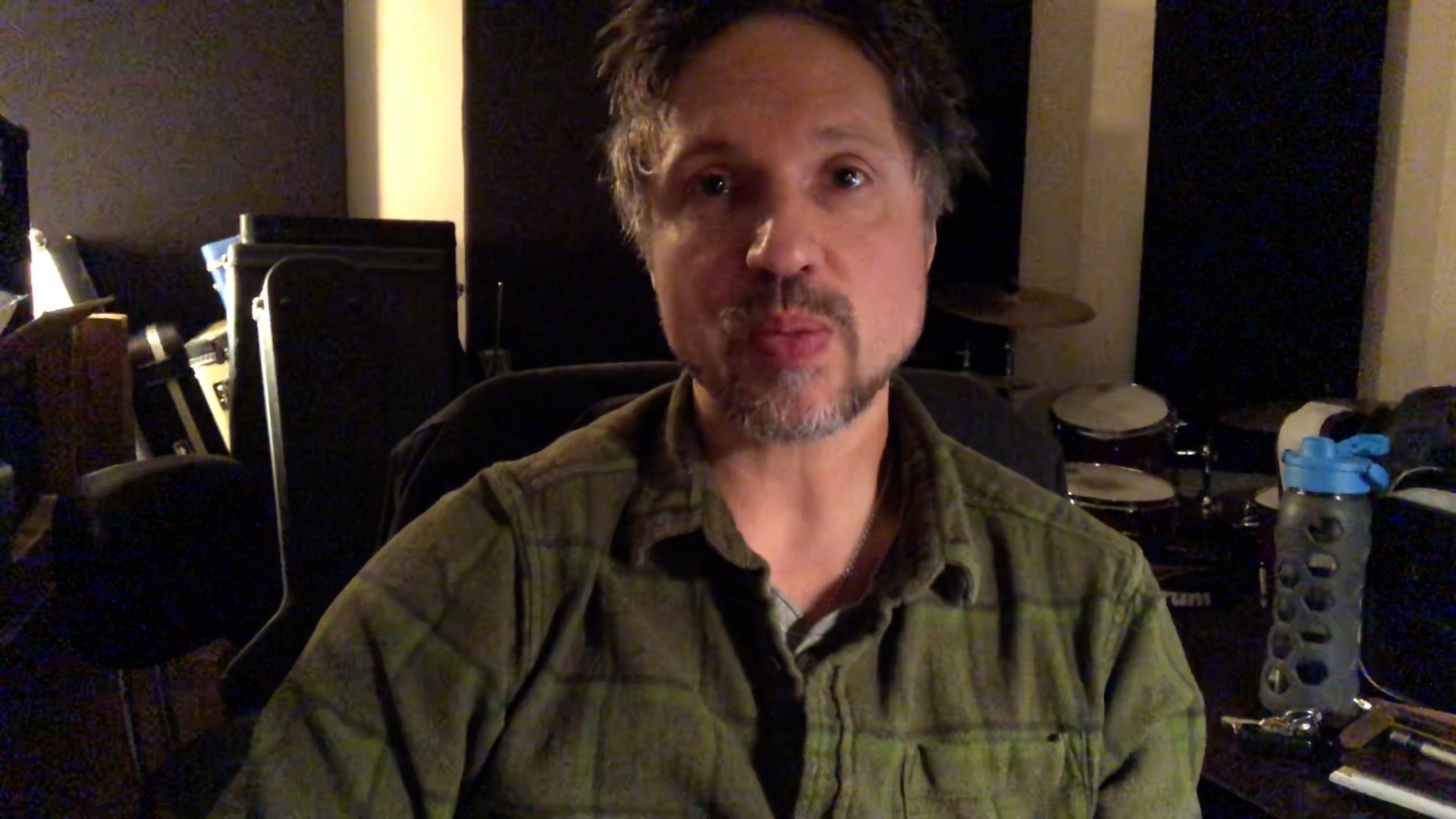