The Case Against Playing Live to Tracks 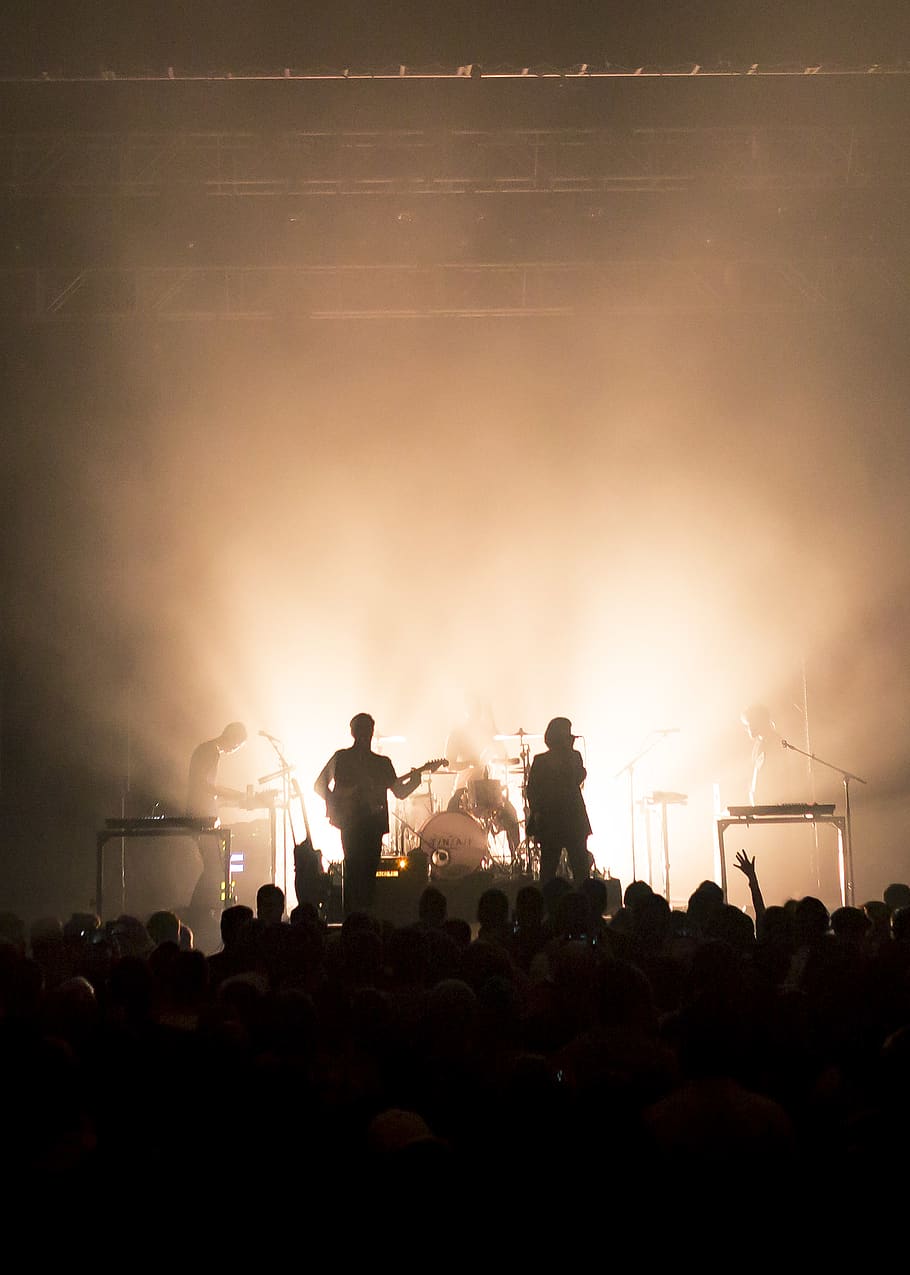 It makes me sound old I know. All these young whippersnapper bands and their tracks are just ruining music I tell you! Not really, mostly I’m kidding. I was having a discussion with some of my close friends the other night at dinner and I realized that I don’t like it (most of the time) when bands play live to tracks.

Maybe some of you don’t know what that is so I’ll explain it. Often times bands will play backing tracks alongside their live tracks. They will have an in-ear monitoring rig (headphones that stick inside the ears) where the tracks and a metronome are playing. The tracks can be anything from a sampled beat to harmony vocals to lead guitar parts. Bands use them to make their live sound fuller and more polished.

For some bands, it’s to help them with their lack of technical skill, and for some, it is simply because the bands want the audience to experience them at their full power. The bands want to sound like they do on their recordings.

I’m not going to say this is always a bad thing. I think there is a time and a place for everything. The summer before last, I had the opportunity to play a series of shows with my son’s band. I was able to see a bunch of different young bands play. Although we didn’t play to tracks, many of the bands with whom we played did. Some of the bands did a good job of hiding it (not that they were trying to hide it). Some bands were more blatant about it. After a few of these kinds of shows, I noticed myself being turned off when I would see the laptops and the in-ears come out.

Don’t get me wrong, I appreciate the technical skill it takes to play to a track. I don’t look at it as cheating at all. There is a precision to it that very few old school bands would have possessed back in the day. You have to be completely solid to a click track. Not only your drummer has to be solid, your whole band. If you get off, even by a fraction of a beat, your whole sound is screwed. It takes great restraint and sensitivity.

I have always been a big advocate to playing to a click track, especially in the recording studio. When my band is rehearsing, we often play to a click if we are having any tempo issues. I know some bands that play live to a click (pumped through their headphones) because they have tempo issues as a band. I respect that. Do what you have to do to get your tempo in check.

My band is fortunate enough to have a rock-solid drummer. In the studio, he can nail parts to a click and live, he almost always stays in tempo. Like I said, sometimes, we use a click to diagnose issues, but once we have the feel for a song, we don’t need a click. And believe me, I’ve been in a lot of bands and that is rare.

Even though I advocate playing to a click track in the recording studio, I think there are definite advantages to playing without one in a live setting. The first reason is that you do have the option of speeding up or slowing down. This takes a very skilled drummer and a highly woven band to do this effectively, but there is hardly anything that builds intensity like slightly increasing the tempo.

I’ve seen bands slow down the tempo in a live setting as well. If done well, slowing down a song can be super heavy. Sure you can program tempo shifts into your tracks, I get that, but there is a bonding that happens when you play a piece live and it’s just you to manage the vibe, feel and tempo. There is something magical about playing together without a net or a guide. Recently, I’ve even wondered if this is why there are less people going to see live shows.

I think people are looking for an organic experience. If they know your band is just going to be slamming them at the same tempo all night, they might not know why it isn’t pleasurable, but their body does. When there is no fluctuation of tempo, it can feel robotic.

Now, I have been to shows where bands play to a track where it feels awesome. It’s exquisite. I went to see David Bowie’s tour when he had the song “I’m Afraid of Americans”. Almost the whole show was played to tracks, samples, and sequencers. He is such a master at his craft that you didn’t notice. The music flowed from piece to piece effortlessly. And, he wasn’t trying to hide the fact that he was playing to tracks. It was blatantly obvious, but they were such cool sounds and rhythms that nobody cared.

Did anyone see this year’s Super Bowl halftime performance? Well, it blew. You can’t convince me otherwise. You could talk about the stripper poles and the thongs and the inappropriateness of all that, but I’m talking about the canned music. First of all, the music was all very mundane. The vocals were mediocre at best. It was just a big karaoke show. I’m sorry, but if that’s your thing then, you and I will never be attending a concert together.

I heard a story one time on the Howard Stern show. Howard was interviewing Chris Robinson from the Black Crowes. Howard had heard that Chris had criticized Robert Plant back in the 90s for playing to tracks and backing vocals. Chris admitted it and felt bad about it, but he said, “you know what, after that tour, Robert has never played to a track again.”

To me, Robert Plant is someone to look up to. He is a legend from being in Led Zeppelin, but he has had an incredible career as a solo artist. He is constantly creating new music. His gift is being in the moment. It is something every musician can aspire to be, in the moment. For me as a listener it means much more than playing without a track, it means being one with the music you create. If that means playing to a track for your band, more power to you. But you might just lose me as a fan. I want to know that what I’m hearing from the stage is being produced by human beings.

I know I’m like the clichéd old man on his lawn yelling at the kids. But, maybe there is something to take away here. If you’re connecting to your fans and you’re happy with how many people come to see your shows, awesome. But if you’re having trouble getting your sound over the footlights, maybe experiment with a more organic approach. It might not be easy, but it will help you grow as a musician. 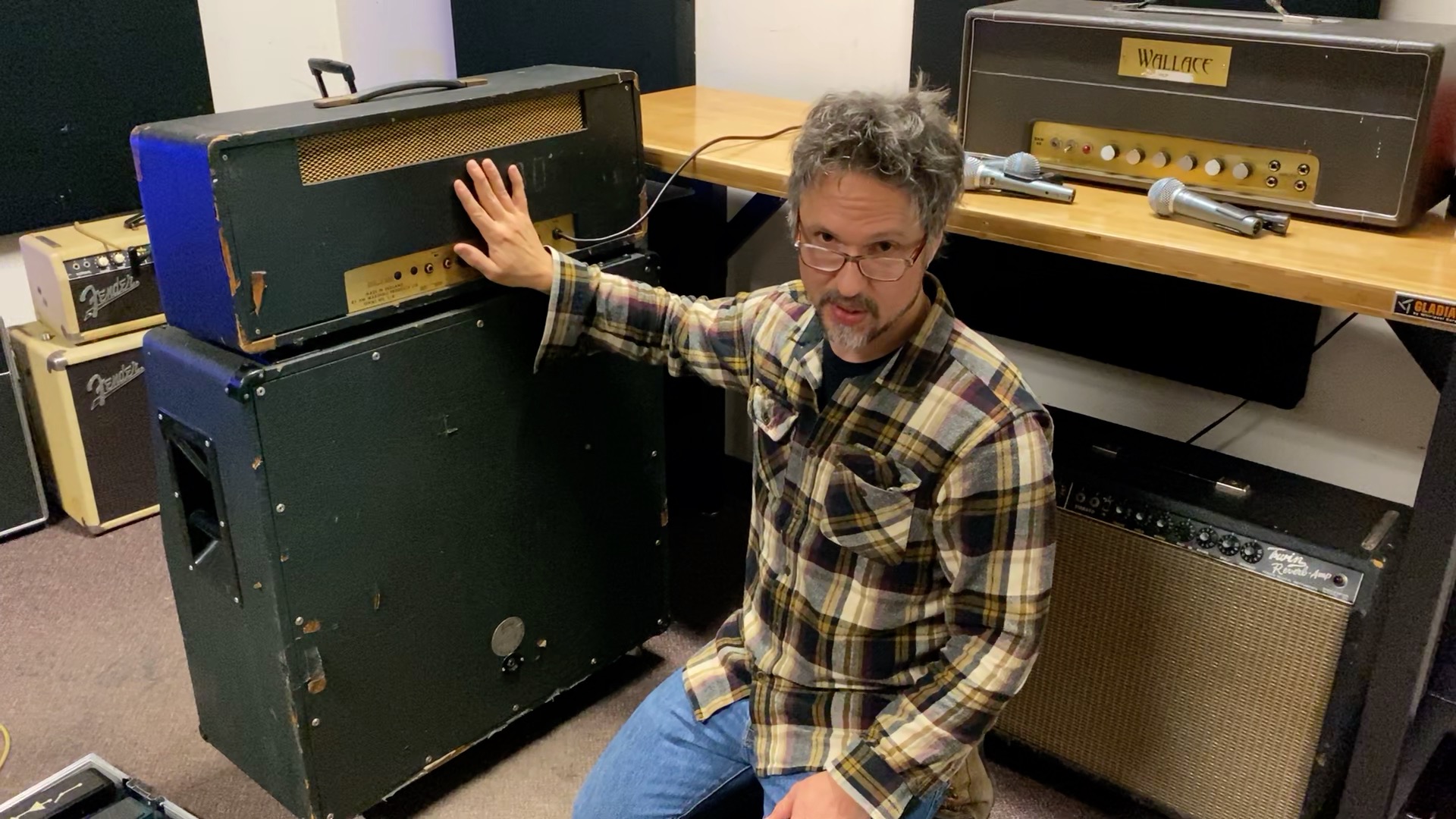 Proper Ohm Settings for Your Amp

Proper Ohm Settings for Your Amp