What Are Your Chances of Making it in the Music Business?

What Are Your Chances of Making it in the Music Business?

Let’s be honest – they are not high!

I’ve met a lot of people in this business. Some are musicians who’ve made a lot of money and earned a lot of fame.  Some are simply hard working people. They work their music career just like anyone works a full time job. They struggle with their bills just like the rest of us. I’ve met people who have made a lot of money and still struggle because they spent it as fast as it came in, thinking it was going to last forever. I know some young bands who think recording with a hit producer or in the right studio will land them a record deal and make them a million dollars each so they’ll never have to work again. It’s the bane of the music business, this thinking.  All you have to do is make a quality piece of music and you’ll be ok.  Unfortunately that’s totally false.

Good music is just a small slice of the pie.   Think about what is played on the popular radio stations.  Would you call that good music?  It’s one-dimensional, banal and vapid. Sure, there are the occasional hits that have some substance to them, but for the most part you’d have to be a pre-pubescent teen girl to like what’s on the radio, in which case you probably wouldn’t have the ability to read this blog!

My point is it’s not about making good music. The people in the top forty hit list go through a lot more than just singing in the studio.

Unless you’ve been living under a rock lately, you know that Hollywood is currently under a lot of scrutiny. Weinstein, Toback, Spacey – they’re just a few of the names being investigated for unethical, maybe even criminal behavior. Hollywood is a cesspool of depravity. If you’re not willing to stoop to the lowest common denominator and demean yourself sexually or otherwise, you have no shot at becoming a star. You have to sell your soul to make it in Hollywood. It’s nothing new, the scandals go way back: Woody Allen, Roman Polanski, Corey Feldman, Heidi Fliess, the list goes on and on.

The music business in America is the same. The same players who make music stars also make movie stars.  This life takes it toll – many a pop star in the past forty years has had some sort of mental meltdown: Michael Jackson, Brittany Spears, Fiona Apple, Sinead O’Connor etc. There is something really sick about this industry and the young artists trying to climb the ladder are as much to blame as the people in charge. It’s all about motive. Everyone wants fame and money. We all want to satisfy our egos. But are you willing to sell your soul for it?   I think the truth is our egos are a never-ending pit of despair and we will never satisfy them.

So, if you are young and trying to make it, ask yourself this: “what are you willing to sacrifice for your fame and money?” I say young because if you are much older than twenty-five and still trying to make it as a musician, your chances just went from .01 percent to .00001 percent. Sorry, but that’s the reality. I know some young bands willing to completely change their sound for a chance for fame and money. They don’t really know what they want to sound like. They just want to be seen and heard. So if a “successful” producer tells them they should sound like this or that, they jump at the chance. They’ll do whatever it takes to have their song alongside the rest of the shit that’s on the radio.

When I was in my early twenties and trying to “make it” in the music business, I would have done the same thing. I didn’t know who I was as an artist, and to a certain degree, I still don’t. If Daniel Lanois told me I need to start playing the banjo, I probably would.

My advice – you need to have integrity in your music and your business. You have to create a musical presence and a strong business platform for the music to sit on. Without these two things, you are at the mercy of the pedophiles who run Hollywood.   And your chances of making it – not good! 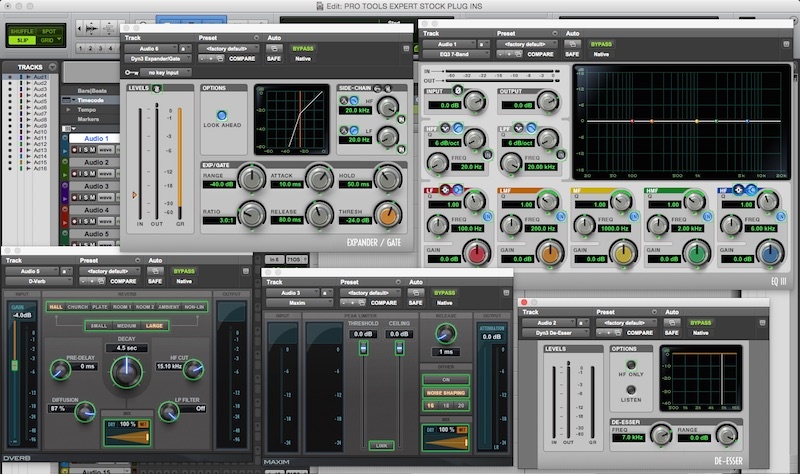