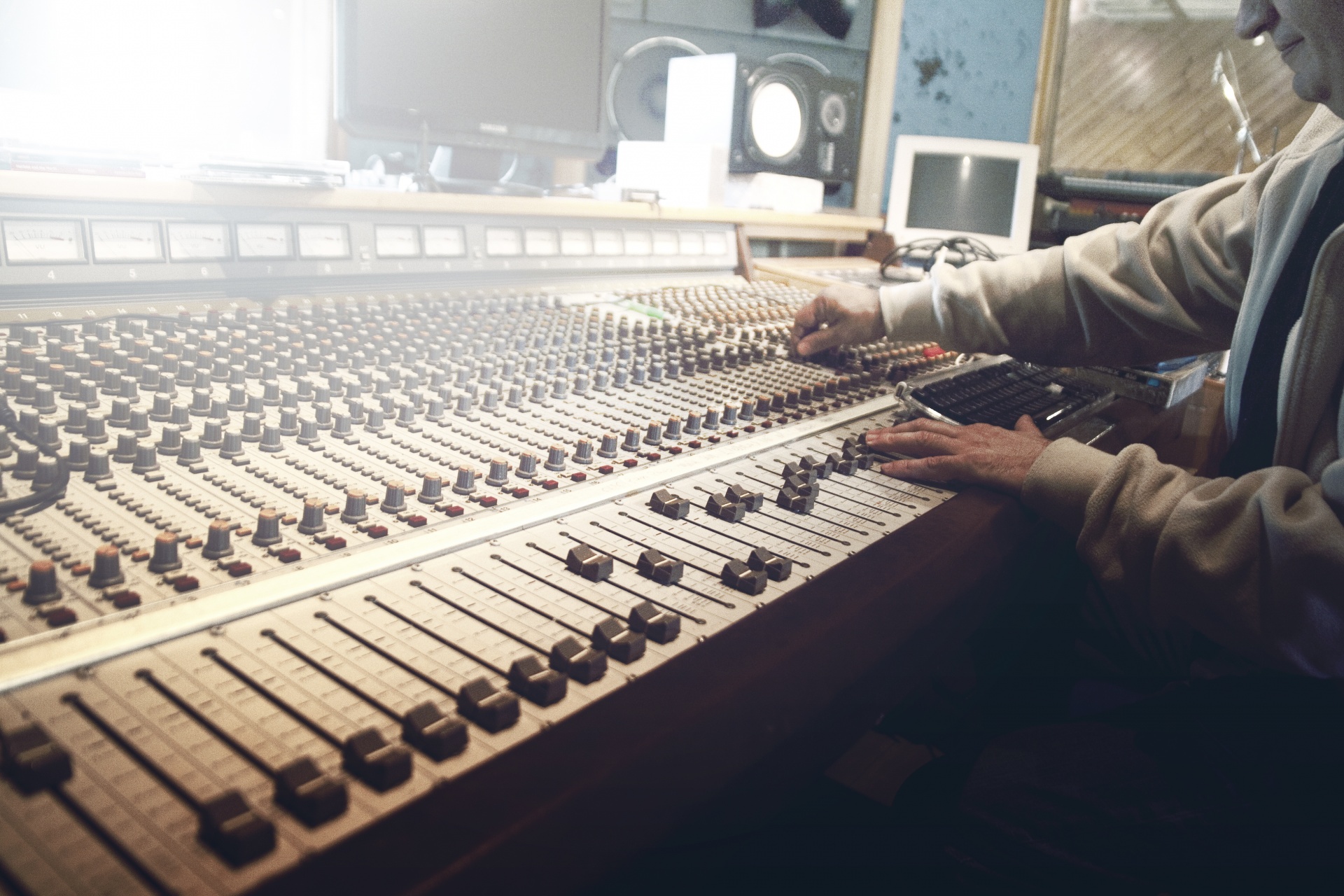 I bought my first four-track recorder when I was twenty or twenty-one. I knew nothing about sound engineering. I barely knew anything about sound. I had a PA system and a microphone that I used to sing through in my practice space. I had a couple of amps for the guitar players in my bands. I had a drum set for the drummer. (Why do the singers have to have all the gear?). But, that’s about it.

When I purchased that rudimentary piece of recording equipment, I dove into a brand new world. Recording is like holding up a mirror to yourself and staring long and hard. At first, it was almost impossible to listen to my own recordings. I just couldn’t create the sound that was in my head. The sound was thin. The levels would peak out and then disintegrate. My four-track wasn’t going to be enough. I had to get more gear. That was the answer! Sort of.

So I did. The first outboard piece of gear I bought was a compressor/gate/limiter. It was a cheap model, but it worked (a little bit). I started to understand the capabilities of sound equipment. I started to dial in my levels and my tones.

I was playing drums for another band at the time, but for my own band, I was just singing. But, I wanted to learn how to record all the instruments. I started studying sound. I read all kinds of books. This was before the internet was even a thing. I didn’t even have a cell phone much less a smartphone. I either went to the library to borrow books or to a book store to purchase them. Luckily my partner Charlie and I were writing a lot of material at the time (actually we still do to this day), so I had many songs on which to practice my engineering skills.

I started to understand that you can’t just plug an electric guitar directly into the front of the mixer. Yeah, I did that. I learned about phantom power when I upgraded my main vocal recording microphone from a Shure SM58 to a low-end condenser microphone. I learned that you COULD plug a bass guitar directly into the front of the four-track and it actually delivers the proper signal and sounded pretty good (if the strings were fresh and the electronics in the guitar were solid).

I learned that almost no matter what you do on your end as a sound engineer, you can’t make a shitty guitar or a shitty drum set sound good. (Actually, you can now with plug-ins, samples, and amp modelers, but this was before all that was available to the amateur recordist). If you want an instrument to sound good, you have to go to the source. I learned the importance of setting up a guitar properly. I learned that perfectly broken in, but still, fresh strings on a guitar are more important than the pre-amp you use (on the microphone you use) to record that guitar.

As an engineer, once I started working with artists to get the most out of their performance, I realized I couldn’t just live in nerd land. I had always been an introverted person. I would have been happy to just keep my head in the books and turning the knobs, but I had to learn good social skills.

I decided I wanted to be a sound engineer for other artists. From studying books from the library and the bookstore and the manuals from all the pieces of gear I had acquired, I had a basic handle on sound. I never went to school, but I had a couple of mentors and I was learning and practicing my learnings on real-world equipment recording a real band, mine.

I soon had an eight-track reel to reel and a few more pieces of outboard gear, some pre-amps, more compressors/gates/limiters. I bought an EQ. I collected a few nicer microphones. I bought the gear as a reached the limits of my old gear. I made myself earn the gear. I didn’t just buy the nicest stuff right out of the gate. I worked with what I had until I had maximized its potential, then I bought something slightly better. I did the same thing with bowhunting too. I would not buy myself better equipment or camo until I had more deer on the ground. Every deer I harvested, I treated myself to another piece of gear.

Equipment can be a huge trap. Gear doesn’t make the hunter and it doesn’t make the sound engineer. Technique is everything. Technique doesn’t have to be technical or complicated either. My tracking (recording) techniques are as simple as they come. It all starts with good tone.

When I was working with bands I was always encouraging the musicians to upgrade their equipment and setups to the best they could afford, but even with mediocre gear, you can do wonders if you really listen.

Sometimes a band can be fixated on sounding a particular way. They think that cutting all the mids out of their distorted tone gives them a more metal sound. Or, the singer thinks he needs to strain his voice to create urgency. The drummer thinks he needs to do a wicked fill so listeners will notice the drums.

This may seem more like music production than sound engineering, but I think they go hand in hand. You have to learn how to work with people as an engineer. Most of the time the musicians want your opinion and take it very seriously. Musicians (especially amateur) think of the engineer as an expert. Most of the musicians I’ve worked with over the years have day jobs. And, engineering was my day job. So, because I worked with music all day, I was the expert.

Here is an example. I had a guitar player one time who had a lower end amp. The distortion on it was thin and brash. There was not a lot you could do with this amp. (This was before I had my own arsenal of amps, so during this session we were stuck with his amp). He was convinced that he wanted to play through distortion for this song.

I started fiddling with the amp and I found a tone amongst the settings that were actually pleasant to the ear, but it was more of a clean tone. I asked him to run through the song with the clean tone, he reluctantly agreed. Next, we ran through the song with the distorted tone that he thought was more suited to the vibe. Then we both sat and listened back to each pass through. The cleaner tone was the clear winner. He was blown away. The song had totally changed but in a positive way. The change was dictated by the limitations of his amp.

(Side note on amps and pedals – I often find that amps and pedals only have one good tone in them. No matter how you adjust them, there is really only one good setting. Some amps or pedals will give you two good tones, but on most of them, there is only one. Find that tone and that’s what you’re stuck with. Hopefully, you’re stuck with one you can use enough to justify owning the piece of gear).

Being a sound engineer in a recording studio is just a microcosm of the real world. In Buddhism, they teach you to accept what is. Buddhist philosophies talk about how our emotions are attached to the way you want things to be. If you truly can accept the way things are at all times, you never have to experience a negative emotion.

I don’t mean to get all spiritual and philosophical here, but my point is that sound engineers can make excuses for lacking the proper equipment to make a proper recording. There will always be more gear. There will always be something that could do your job as an engineer a little better and make it a little easier. If we all had unlimited budgets, that wouldn’t be a problem. But we have to live in the real world.

If you slow down and really appreciate all of the sounds at your disposal at any given time, you will find that there are more than enough options to make something profoundly beautiful. I try not to get stuck in any one mode of thinking, like “hard rock always has to be distorted”. Alice in Chains wouldn’t have had all the hits they had if it weren’t for their appearance on MTV unplugged. After that, they released an acoustic album that had three or four hits on it. They realized that they sounded amazing with acoustic guitars. Their evolution happened organically.

So in a nutshell, just like Bruce Lee said, “be like water”. Accept your gear, the environment, and the people for what they are. Listen to yourself, listen to others, and listen to the instruments. The tones will tell you where to go. Beauty is in the tone, not in the ego. 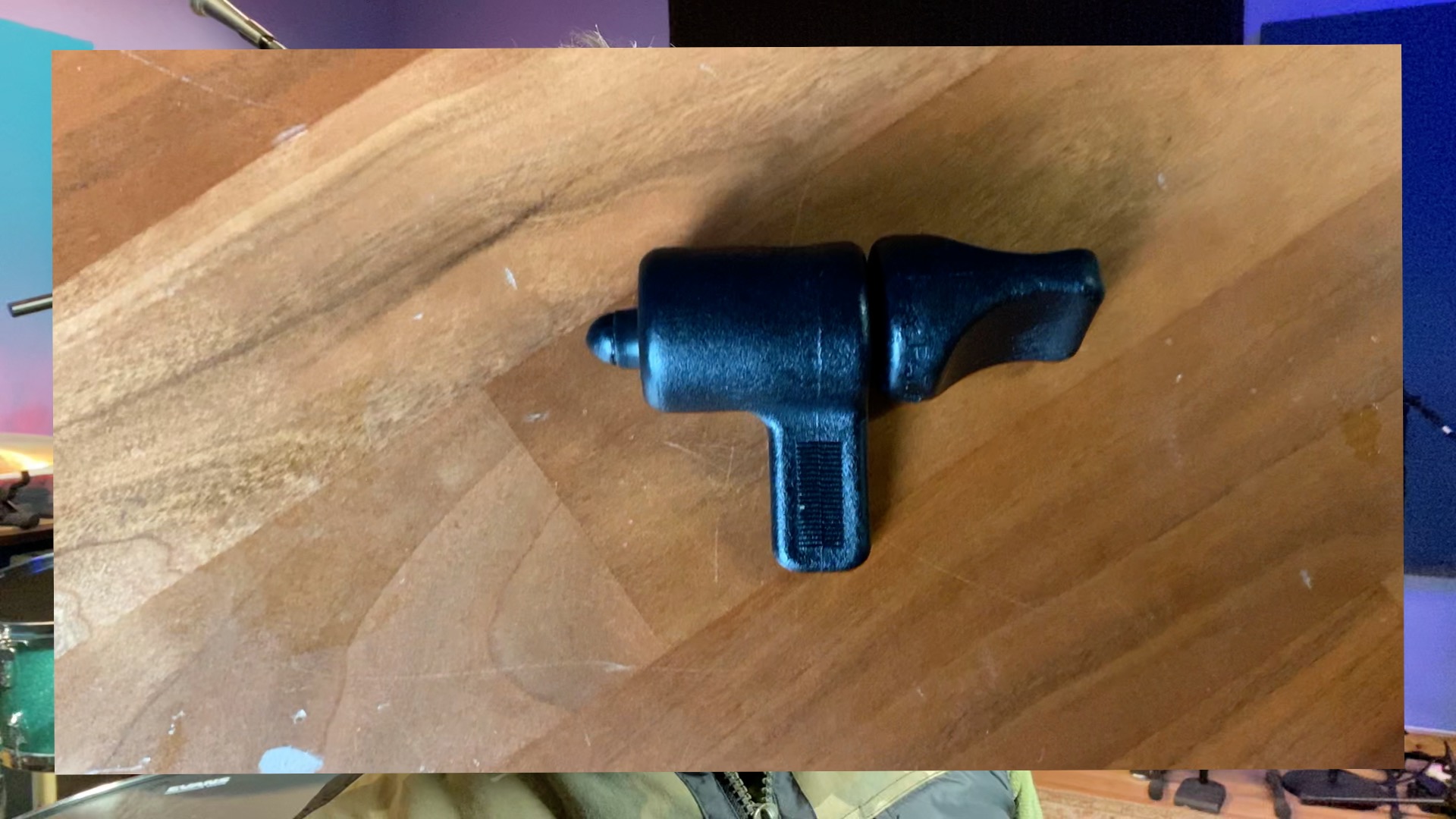