Do you ever have the feeling you have a great song, but it doesn’t live up to its potential when you play it?

Recently I was working with a song I felt was going to be great. Usually I start writing songs by programming a simple beat on a drum machine. Then I jam on the guitar until I have a couple of parts that work together. Maybe I find a bridge. Sometimes I start to sing right away and sometimes the whole song is structured before I even think about a melody.

Anyway, I had this song that was really working for me in the practice space. It had a great vibe. But when my band started to create their parts the song lost all its luster. It’s like it went flat. The band wasn’t hearing it the way I was and I had to describe to them what I thought was sexy about the groove. I wanted them to hear what I was hearing, but until I gave them some real musical direction, the song stayed flat. These are some musical directions that have helped me communicate my vision to my band.

The song I was working on was in 7/8 time. Even though we aren’t as technically proficient as bands like Rush, we love progressive rock. We also love indie rock and Death Cab and Radiohead. We like strange beats and-non-standard chords.

This song flowed for me on my drum machine, but our drummer was playing it about five beats per minute too fast. That’s just the way he heard it. There was nothing wrong with that but as soon as I asked him to slow it down and keep it that way we had a vibe. In fact, a couple weeks after we started working on it as a band, I decided (just for fun) to slow it down another five beats per minute. Now, we really had a vibe!

Sometimes a song will lock in when you adjust the BPM by two or three. Sometimes it takes a more dramatic shift to make it happen. So before you trash a song, play with the tempo. You may just find you had a hidden gem waiting to emerge.

I almost always play in standard tuning and I don’t use capos. As a singer, I find my range within standard and go with it. Maybe I’m lazy, but as a songwriter, I haven’t experimented very much with trying a different key. I know finding the right key can make a difference though because I work with a lot of musicians who make sure they are playing their songs in the perfect key for their voice.

If you’re a singer and you’re straining your voice on the songs you play, you might consider having the band tune down their guitars a half, or even whole, step. Many metal bands do this, but you don’t have to be playing metal to benefit from tuning down.

If you do decide your band is going to play a half or whole step lower, it’s not just a matter of tuning down your strings though; you’ll have to get all your guitars set up for this new tuning. If you don’t the tension, intonation, etc  will be off and will frustrate you no end.

If you feel your voice is too low, try a capo. Place it before your first fret and you’ll shift the key up half a step. Place it before the second fret and you’re up a full step. You bass player will probably have to transpose his parts. Capos don’t usually work on bass guitars. And of course, transposing keyboard parts is pretty easy.

Again, before you give up on a song, shift the key to see if you can give it life. Sometimes a key change is all you need.

dy·nam·ics /dīˈnamiks/ noun
The varying levels of volume of sound in different parts of a musical performance.

My band works on this all the time.  We’re getting better with practice. We are trying to make the verses of the songs quieter so we have somewhere to go when the chorus hits.

Sometimes it’s the bridge that needs to change volume or just one section of a song. Sometimes, the lead guitar needs to completely cut out for a while.

I was once in a band where we couldn’t get one of our guitar players to stop playing, ever! He always had to be in the part, even when there was no room for a second guitar. To get him to stand there and not play was impossible. But, sometimes, that is what’s needed. You have to make some room.

If there’s a sexy part, let it be sexy and loud. Don’t always think you can add to it by slathering something over it.

Dynamics can shift over the course of a performance as well. If you start your first song at full volume and intensity you have nowhere to go. You have to be especially careful if you are in a small room. If you start at a reasonable volume and slowly creep up to where you want to be, you won’t blow everyone out of the room. The audience will slowly acclimate to your volume.

Shifts in dynamics help make your music more interesting. People turn their heads when they hear a shift. Even punk rock bands (the good ones) understand dynamics. Nirvana had a great sense of dynamics. Soft and subtle verses with intense blasting choruses! They blew people away with their sense of control.

If you’re stuck on a song or can’t get your set to flow the way you want, try one of these tricks. Maybe you can breathe new life into a song that’s been left withering on the vine. 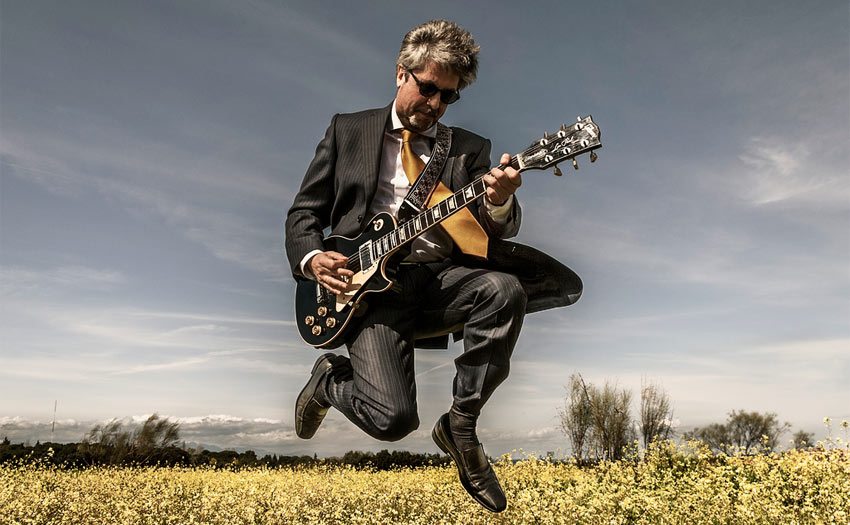